WHO IS ABSORBING WHOM?

Claudia Rosett and John Derbyshire have differing perspectives on the future of Hong Kong and the possibility of another popular uprising in China. 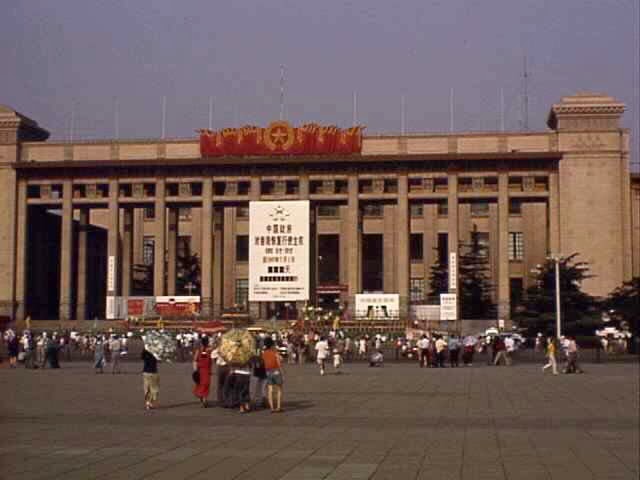 The picture shows the countdown clock running in Tienanmen Square in late June (22 or 23) of 1997, just before the transfer of Hong Kong to China. At the time I suspected from all the construction in Peking, providing office space for lobbyists from Hong Kong corporations, that the notionally Communist government wasn't fully aware of what it was in for. Rosett and Derbyshire suggest that my speculation might be right in part, wrong in part. Perhaps it's China, not Iran, that bears careful watching for popular sovereignty.

The photograph is from a travel journal first hinted at here. There will be more to the story, as time permits.
Posted by Stephen Karlson at 14:47