SUPERHEATED STEAM. Sometimes it can be preserved. Sometimes it has to be reconstructed. There's one very interesting preservation project going on in Argentina. 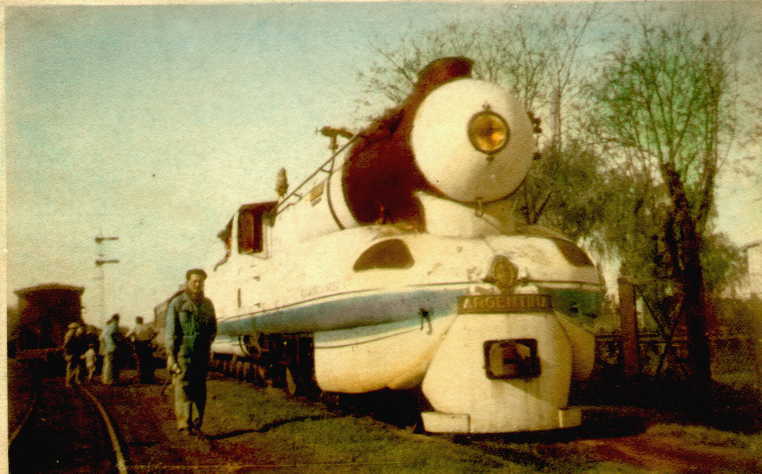 This is Argentina, the first design project of Livio Dante Porta. Some British steam enthusiasts have discovered it, in a poor state of repair in an obscure engine terminal, and organized a fundraising drive to return it to running order.

Put simply 'Argentina' is one of THE most important steam locomotives of the 20th century. How so? At the age of just 27, Argentine engineer L.D.Porta oversaw the design and production of his very first locomotive. In the process he produced one of the most striking and memorable locomotives of all time. On test 'Argentina' matched or bettered just about every efficiency record that stood.

In Britain, steam locomotive preservation has become steam locomotive re-creation, with a Great Western Saint (don't you agree 2929 is well-named?) being built using components from a Hall (reversing the creation of the first Hall from a Saint) and this magazine noting a project afoot to create a Great Western County (I have a fiendish plot for a model of No. 1027) from scratch, see also this. There is also a new Peppercorn A-1 a-building in Darlington.

My candidate for a re-creation in the States? Let's start with the Hiawatha F-7 Baltic, and once one is built, let's turn it loose on the C&M to see how fast it will go.
Posted by Stephen Karlson at 18:24