IN FOR MAINTENANCE. Some of the motive power has been receiving maintenance. First, a New Haven H16-44 with the Atlas caboose a reader asked about. The cheap digital camera doesn't do a real good job with orange and red in direct light, so I've turned this into a black and white image. The diesel has received a wheel cleaning. The pilot requires a bit more adjustment so it won't short on grades.

This State of Maine Northern caboose hop has one of my Lionel GP-7 conversion projects, using a frame from Chassis System and a P&D drive (the Atlas drive originally envisioned by Chassis System isn't quite robust enough for so heavy an engine.) The engine is in for some handrail renewals. 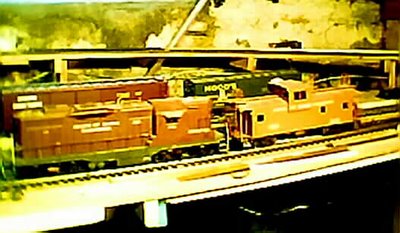 Santa Fe never had any of these, but with careful application of un-paint followed by some Hunter Green, we will see a believable representation of a New Haven engine. This is another of my bargains, which I obtained for $100. The driveline is Central Locomotive Works's. It requires more weight over the lead truck, as the trailing truck is sufficiently massive as to induce a torque that relieves itself by wheel lift in the lead truck. 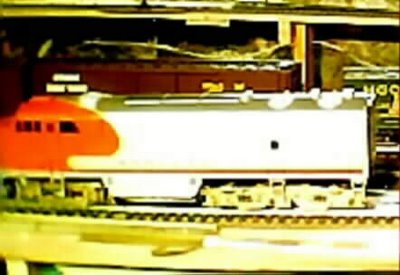 Just for fun, a Pennsylvania O1a from Locomotive Workshop, which is having its power pickup improved. 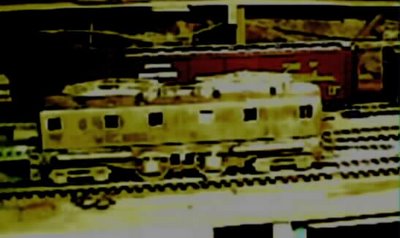 Lessons learned from that project will make completion of the other O1a easier. 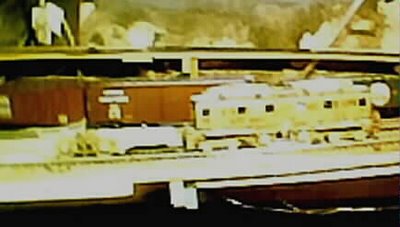 I'll not be complaining of boredom once finals are in.
Posted by Stephen Karlson at 23:38