WHAT IS THAT WHICH THE BREEZE, O'ER THE TOWERING STEEP,
AS IT FITFULLY BLOWS, HALF CONCEALS, HALF DISCLOSES?

The flag hoist for Memorial Day is presented by the Freeport Park District. 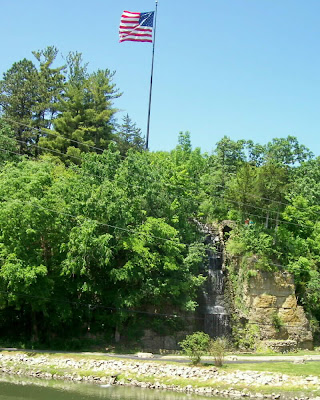 The flag, along with the North West Frontier's largest garden waterfall (it can be turned off for winter) is in Krape Park on the southwest side of town.

The park also has rental swan-boats, 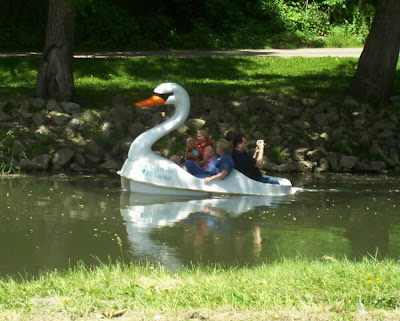 and a carousel that is open for the summer. 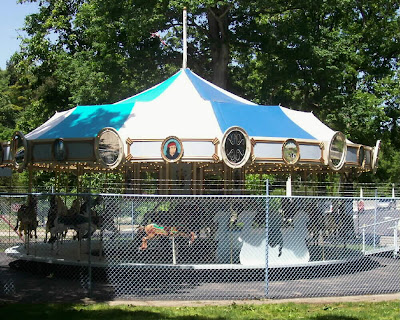 The park adjoins a country club, and the north entrance is a rather pleasant boulevard through one of the more prosperous sections of Freeport. Despite the outmigration of heavy industry and the changes in agriculture, the medium-sized cities have not turned into ghost towns.
Posted by Stephen Karlson at 22:50