HINTS OF ADVANCING AGE. What message is there in this Chicago and North Western Commuter Streamliner, a few of which were still in revenue service in 1986-1987 when I started at Northern Illinois, now the air-conditioned diesel train at the Illinois Railway Museum? 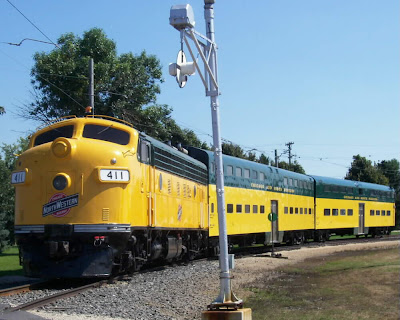 The train includes one of the original North Western gallery commuter coaches, as well as one of the early cab control cars, allowing the museum to run trains in both directions without a conductor on the cow's tail.

For that matter, here's a Milwaukee "New Look" bus from the class that used to get me home from Allen-Bradley. It's been in preservation long enough to rate a vintage vehicle license tag, in this instance one recognizing that buses in this style were known among bus enthusiasts as "fishbowls." 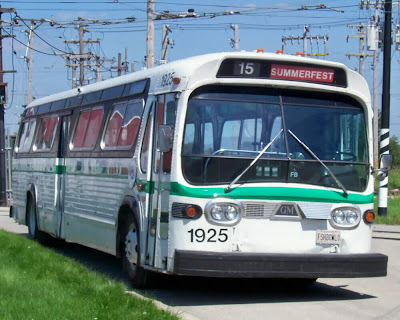 Elsewhere on the grounds, the car shop is doing what Cold Spring Shops used to do, preparing streetcars for use on the Wells St. line (does the roll sign include "County Stadium"?) 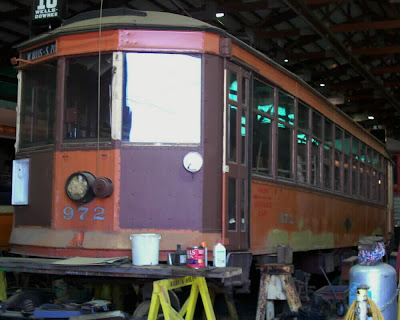 Here's an unusual item in a Midwestern museum. These motors provided the prototype for early Lionel, Ives, and American Flyer electric locomotives of the Christmas-tree-circling type. That supposedly too-small pantograph on the Lionel units was in fact a believable representation of the fitting used to draw power from overhead contact rails in the throat of Grand Central Terminal. 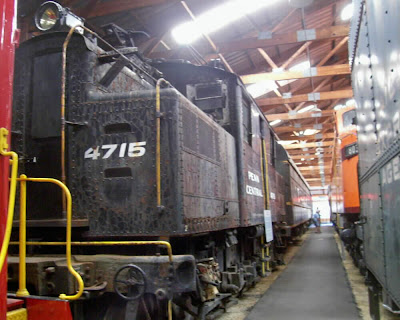 Is there a better looking power source for a passenger train than an E unit? 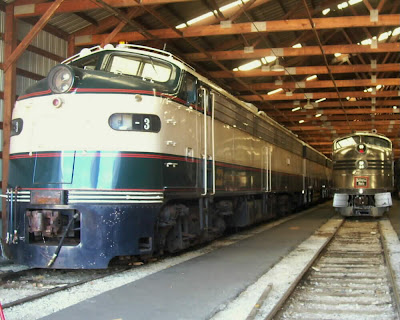 And enough rolling stock was out of the barn to permit a relatively unobstructed view of an Electroliner. 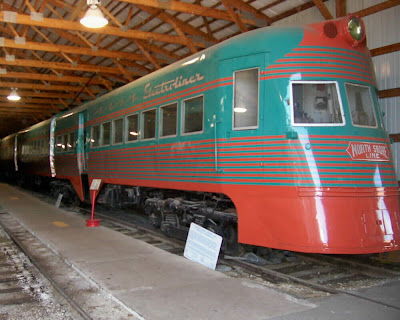 Museum visitors continue to marvel that such a modern-looking train is in the collection. It has been in the museum collection longer than it served either the North Shore Line or Philadelphia Suburban.
Posted by Stephen Karlson at 17:40