FIFTY YEARS AGO. Chicago's last streetcars lowered their poles on Midsummer Day. (With video.) The last streetcars to run were relatively new, and the Chicago Transit Authority salvaged some electrical equipment and all the window cranks for use in rapid transit cars. The last example of those streetcars is car 4391, which occasionally transports visitors around the Illinois Railway Museum. 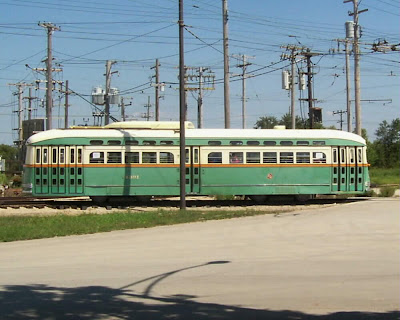