IN HEAVEN THERE IS NO BEER. The editorial board at the DeKalb Chronicle would prefer that less be drunk here.

We know, last week was Corn Fest weekend, and it was the first time returning NIU students had seen their friends since last spring.

It’s nice to get together and relax with few drinks; we get it. But DeKalb Police issued so many alcohol-related citations, most in neighborhoods with heavy student populations, it took the Daily Chronicle extra pages and several days to run them in the daily police blotter.

Most of the citations were related to underage drinking and having open containers on the public way. Some were written at the same address hours apart. We’re all for students socializing and celebrating the start of the new school year, but there have to be better ways to celebrate.

On one hand, perhaps a school year that starts without major flooding on move-in day will continue with December final exams as scheduled, and a February when we will pause to reflect but look forward to spring break is something to drink to.

On the other hand, perhaps the social scene ought not come as a surprise to anyone. Beginning with the football team's run at the Mid-American title in 2002 (it coincided with the opening of the new arena) and continuing through the BCS run in 2003 and the Silicon Valley Bowl in 2004, university publicity has included the sports scene, including football themed parking permits and photos of happy tailgating Huskie fans (an activity I have endorsed). 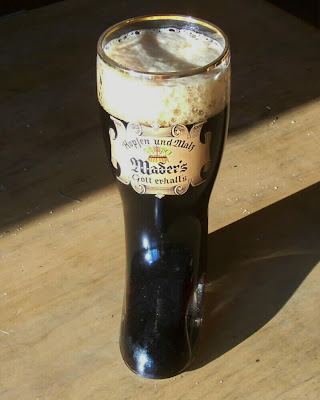 I'm taking this opportunity to endorse the Amethyst Initiative, which intends to make the legal drinking age the same as the legal voting age (and of draft age: with both major party candidates speaking of calling the young to "service" that's not for intellectual completeness alone). The proposal receives some praise from Collin Levy in The Wall Street Journal. The editorial board of the Christian Science Monitor dissents.

It's all too easy for American colleges and universities to push for a lower drinking age and avoid the hard work and innovative ways to discourage alcohol consumption, on campus or off.

Surveys reveal most incoming freshmen don't show up eager to binge or play drinking games. They don't work hard in high school to party hard at college. Their families don't pay hefty tuitions to let them get intoxicated on the weekend. Colleges must build on this early willingness to stay sober.

The arguments against lowering the drinking age remain as strong today as they were in 1984, when Congress passed the National Minimum Drinking Age Act (which withholds highway funds from any state that sets a drinking age lower than 21).

The law was aimed mainly at the majority of young people who don't go to college and too often drive drunk, causing tragedy on the highways. And giving 18-year-olds easy access to liquor would only make it easier for younger teens to get it. The military knows that 18-year-olds who enter the service are mature enough to fight but not ready to handle alcohol, so it takes steps to discourage drinking.

"Discourage" is not the same thing as "prohibit." It's the prohibition that induces young people to take the extra risks. In for a pint, in for a plastering.

As far as discouraging consumption, that's a worthy task for Student Affairs whether the [18,21) set is consuming legally or not. Northern Illinois's Health Enhancement Services routinely buys space in the Northern Star explaining that most students drink in moderation. Their rationale, which staff members have defended with data at national conferences, is that destroying the get-plastered mindset strengthens students' willingness to say Enough. Whether the legal lower limit is 21 or 18, there will be people just under that limit with friends just over the limit to do the buying.

Research sponsored by the National Institute on Alcohol Abuse and Alcoholism has shown that there are effective strategies that will reduce student binge drinking. Instead, the presidents seem to have settled on approaches that will increase profits for alcohol companies at the expense of young people's lives and health.

The binge-drinking strategies he refers to are the ones Northern Illinois University, among other universities, uses. But we still have underage drinking, and we have, despite the best efforts of university and DeKalb police, uneven enforcement. The current policies encourage disregard for the law. Come to think of it, that's also true of the 55 mph speed limit, another national transportation policy. That's for another day.

Disclaimer. It's a school night tonight. That Sprecher is from the weekend.
Posted by Stephen Karlson at 22:58