HOW THE MOON RACE WAS WON. We received a plastic mosaic tile playset for Christmas in 1965, which we used to make this illustration of the Gemini Project. 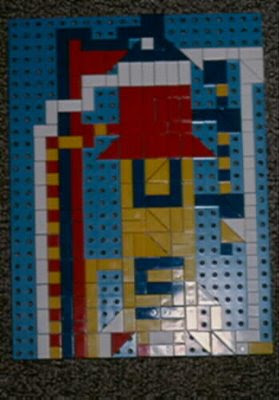 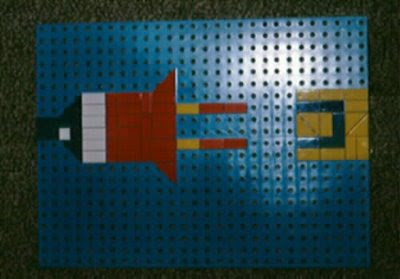 Staging
We didn't realize it at the time, but the Gemini missions of late 1965 and early 1966 demonstrated a capability the Soviets wouldn't have until much later. 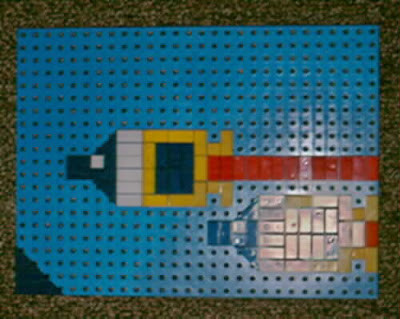 Rendezvous
The Soviets did fly their Vostok and Salyut craft in close formation, but mating 'em up in space was another matter. 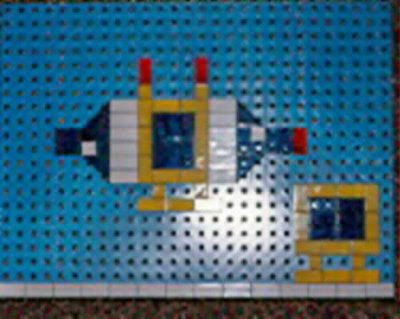 Docking
Docking capability means a moon-shot can carry along a lighter landing craft to perform the descent to and ascent from the Moon, and much less dead weight to tote along in the form of fuel for trans-earth injection.

I'm not sure if this frame is a stylized moon landing or anticipation of the dockings with the Agena target vehicles that took place beginning in the spring of 1966. 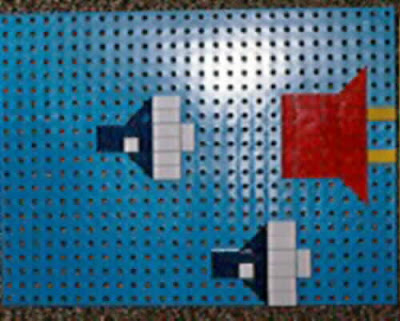 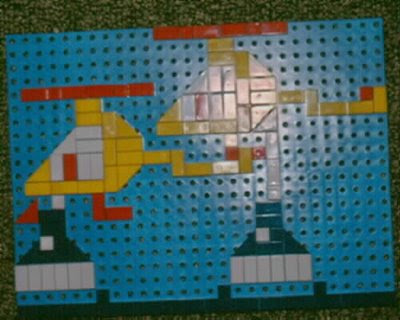 Splashdown
This frame is also stylized: one rendezvous craft would typically work on endurance while the other one returned.
Posted by Stephen Karlson at 20:49