Years ago the Bonhomie and Hattiesburg Southern Railway urged shippers to Save Time and Money by Missing Bedlam and Confusion.  I think Bedlam and Confusion are left-side slip-ramps on the Dan Ryan and Eisenhower Expressways, and commuters are saving their time and money by taking the commuter trains instead.


The 2011 Urban Mobility Report makes clear that without public transportation services, travelers would have suffered an additional 796 million hours of delay and consumed 303 million more gallons of fuel. Had there been no public transportation service available in the 439 urban areas studied, congestion costs for 2010 would have risen by nearly $17 billion from $101 to $118 billion.

That's a lot of New York minutes, according to the tabular data, and the report confirms a suspicion of mine, that Metra's weekend fares probably induce a lot of substitution away from the roads for families headed to the Chicago museums. 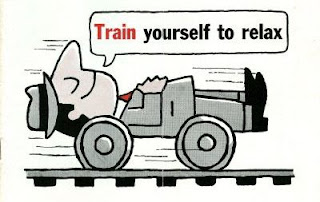 Indeed.  Never mind that ad executives of the Mad Men era had little reason to like George Alpert.

Posted by Stephen Karlson at 13:17