Interesting picture in a Via Media foreign policy essay. 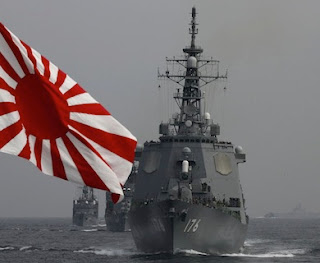 This time around, though, there's a different aggressor.


Chinese aggression has driven former friends, like Vietnam, in search of new allies. Japan, with similar China problems, is a natural choice. So is the United States. Indeed, US military ties with ASEAN countries are strengthening as well: the Air Force plans to rotate jets and other aircraft through bases in Australia, Singapore, Thailand, India, and possibly the Philippines, Indonesia and Malaysia.

Not too long ago, Philippine foreign policy included the closure of United States bases in the islands.   Better, apparently, to have Corregidor properly garrisoned, rather than undergo three years of occupation.
Posted by Stephen Karlson at 12:57