In early September, I made a rail trip from Köln to Manchester, this time with ample connection time at each station, and sampled three different European fast trains, Thalys Köln - Brussels, Eurostar Brussels - London, and a Virgin Pendolino London - Manchester.

I'd be willing to exchange a little of the speed for additional legroom, and seats that recline.  (Travel and Trains, commenting on a rash of reclining-seat-rage on the pressurized kipper cans that pass as airliners today, notes that "legroom is not a problem for those of us who choose to travel by [Amtrak].")  But the European fast trains offer approximately the seat spacing of an intercity bus, with the opportunity to stroll to a bar car if the mood strikes.

Thalys power cars, and the paint scheme, recall the Trans Europ Express of fifty years ago.  On the Köln - Brussels segment, they don't have much opportunity to stretch out, that's onward to Paris.  The Eurostars do move, both in France and on the new fast lines into London St. Pancras. 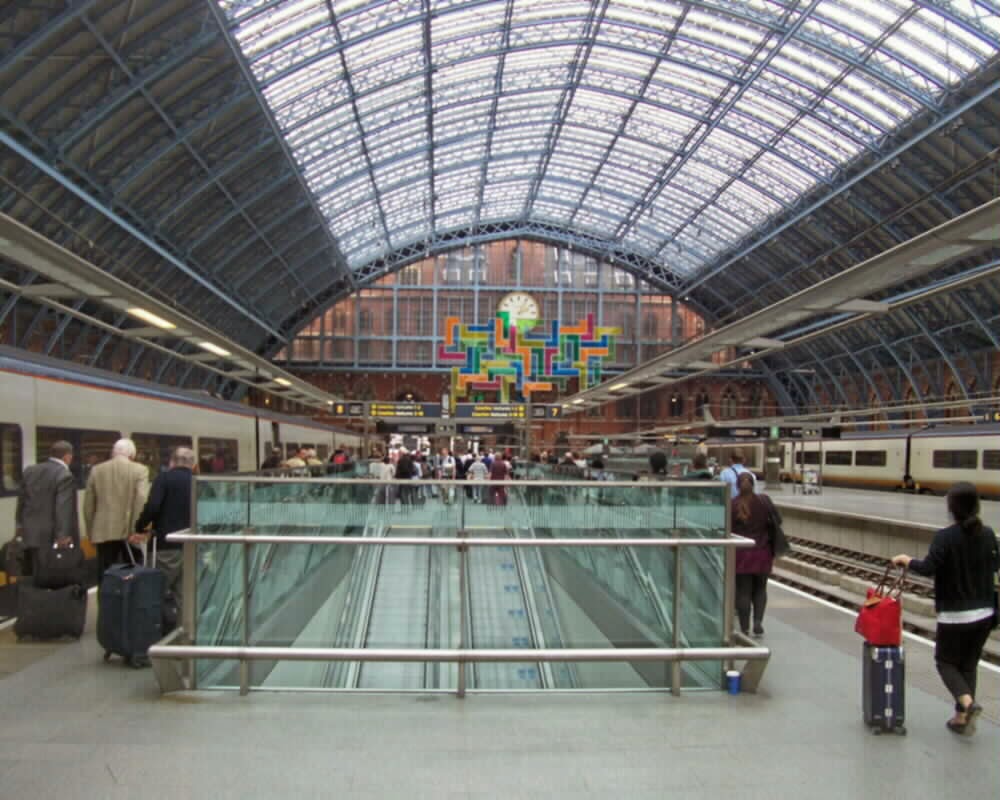 I'm not sure the artwork obscuring the clock at the city end of the train-shed improves the station aesthetically.

Getting from St. Pancras to Euston used to be simple: walk toward the clock, turn right, locate the exit to Euston Road, walk past the new British Library.  These days, because boarding passengers for the Eurostar have already cleared passport control and immigration into the European Union, everyone must go down the ramp, walk back toward the vaults once provided for storing beer kegs, loop around the departure lounge and the security control point, then find the exit for Euston Road.  No more passing the impressive public areas of the Midland Hotel.

I took the precaution of obtaining a seat reservation on the service to Manchester before leaving the States.  Unaccountably, the algorithm gave me a seat next to a blank wall.  There were plenty of un-reserved seats at windows.  Light passenger loading, a chance to get a picture of the interior of the coach. 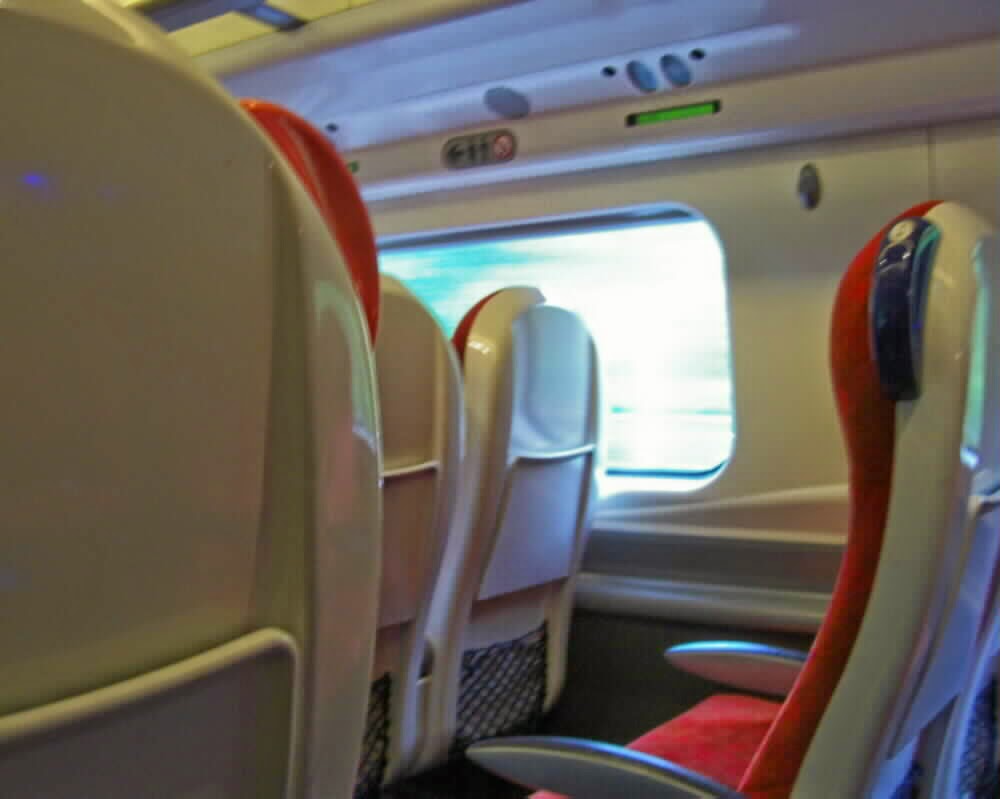 No seat-belts, and somewhat less substantial tray tables than the airliners.  If I didn't tell you it's a train, would you think it was a bus?  It's Virgin Trains, which means there's some whimsy.  Go to the loo and hit the lock button, an electronic voice tells you, "Please don't flush nappies, sanitary towels, paper towels, gum, old phones, unpaid bills, junk mail, your ex's sweater, hopes, dreams, or goldfish down this toilet."  (The advice is also printed on the top of the lid.  Give me "Passengers will please refrain" or "Penalty for improper use."  Please.)

Into Manchester on time.
Posted by Stephen Karlson at 17:29