THERE'S NO NEED TO IMAGINE.

Two weeks ago, aging woman of the fevered brow Elinor Burkett objected to elements of Bruce Jenner's crossing, inter alia for some of the statements of differences in male and female brains that emanated from the commentariat.  Perhaps she thought she would demonstrate absurdity by being absurd when she tackled the "born into the wrong body" argument.


Imagine the reaction if a young white man suddenly declared that he was trapped in the wrong body and, after using chemicals to change his skin pigmentation and crocheting his hair into twists, expected to be embraced by the black community.

Be careful what you ask for.

But the fever swamps of the Perpetually Aggrieved are perpetually entertaining, and you don't even have to toss the barker a quarter whenever you want a look, there are curiosities only a click away. 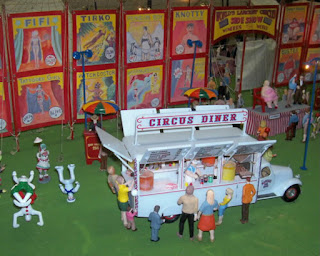 Dig into Ms (or shall we use the sex-cloaking Mx -- I have images of Superman's nemesis Mxyzptlk) Burkett's essay and you might suspect that there's more than a little truth to Undeniable Truth of Life No. 24.


This was the prelude to a new photo spread and interview in Vanity Fair that offered us a glimpse into Caitlyn Jenner’s idea of a woman: a cleavage-boosting corset, sultry poses, thick mascara and the prospect of regular “girls’ nights” of banter about hair and makeup. Ms. Jenner was greeted with even more thunderous applause. ESPN announced it would give Ms. Jenner an award for courage. President Obama also praised her.

That's not the first time a socially prominent man crossed and emerged with cosmetic surgery conforming to the aesthetic preferences of mainstream males -- at least as perceived by the women of the fevered brow -- and thus earning the opprobrium of the gatekeepers.  Or the gatekeepers will continue their experiments against reality.


So long as humans produce X and Y chromosomes that lead to the development of penises and vaginas, almost all of us will be “assigned” genders at birth. But what we do with those genders — the roles we assign ourselves, and each other, based on them — is almost entirely mutable.

That's almost certainly wrong, but which strategies confer evolutionary advantages won't be known for a while.  Let the sideshow continue.
Posted by Stephen Karlson at 23:07