Great Britain's Queen Elizabeth II goes about becoming the longest-reigning British Monarch by undoing, in part, one of the more controversial line closures of the Beeching era on British Railways. 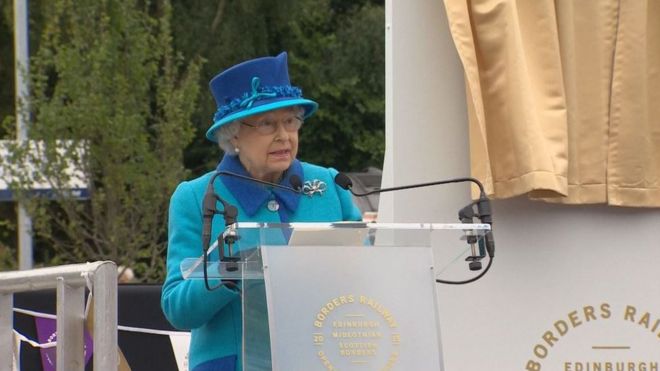 Tweedbank is along the old North British Railways line popularly called the Waverley Route between Edinburgh and Carlisle.  In some ways it's a Caledonian Chicago Great Western, a mountain railway in a prairie country through a traffic desert, which is probably why the Beeching Report recommended it be closed.

But Passenger Rail advocates pushed, almost from abandonment, to have the line restored.  At least one family has resulted: two interns met during the publicity drive, subsequently married, and gave their first daughter the middle name Waverley.

The first timetable offers a half-hourly service with a 55 minute running time, give or take a minute.  Tweedbank is just south of Galashiels, about 33 miles from Edinburgh Waverley.  The length of the line is comparable to that of the Burlington Racetrack, where the base service is hourly, using larger trains, and there's an intensive rush hour service.

But puddle-jumpers over Falahill Bank are not the only service, nor Tweedbank the end of the line.  There will be steam service along the line, hinted at with the use of Union of South Africa on the Royal Train for the opening festivities.  She doubleheaded with Tornado on the equipment move to Edinburgh.

And there is evidence of Union of South Africa (Gresley Streak 60009) in service on Carlisle and Edinburgh passenger trains in the Cold Spring Shops archives.

At one time, Carlisle Citadel station was where a through Edinburgh and London St. Pancras service exchanged steam locomotives between the London and North Eastern and the Midland.  (Up from Carlisle the service ran on the Settle and Carlisle via Leeds.) 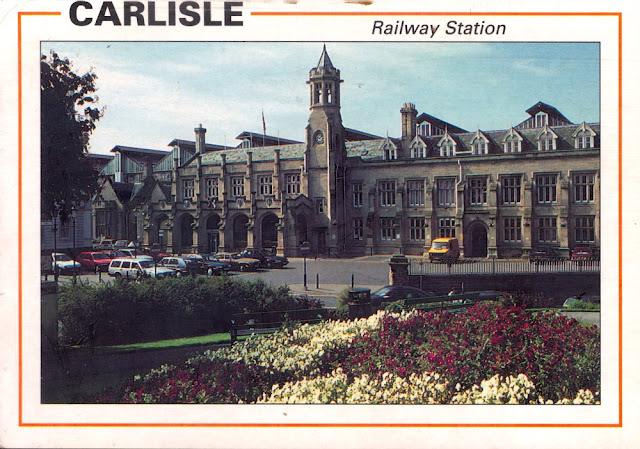 A passenger in a hurry would almost certainly prefer the Flying Scotsman non-stopper or the other limiteds along the East Coast Main Line.  But some people are pushing for a restoration of the Waverley (through the Whitrope tunnel?) onward to Carlisle.  At the moment the objective appears to be local ridership and tourism, might a freight bypass also be in the works?
Posted by Stephen Karlson at 20:52