NEW ORLEANS IS WHAT DEMOCRATS DO.

It's been ten years since the levees failed in New Orleans, and the blame game goes on.

I was there late last fall.  The French Quarter is still home to tourists. 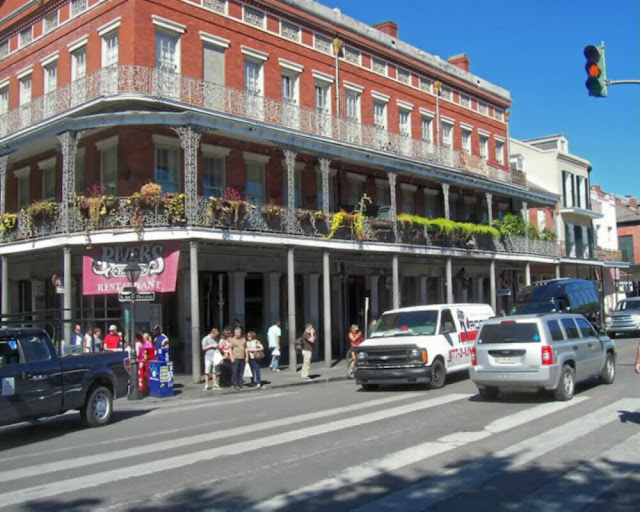 Downriver, though, much land near the Industrial Canal, and the waterfront, remains vacant. 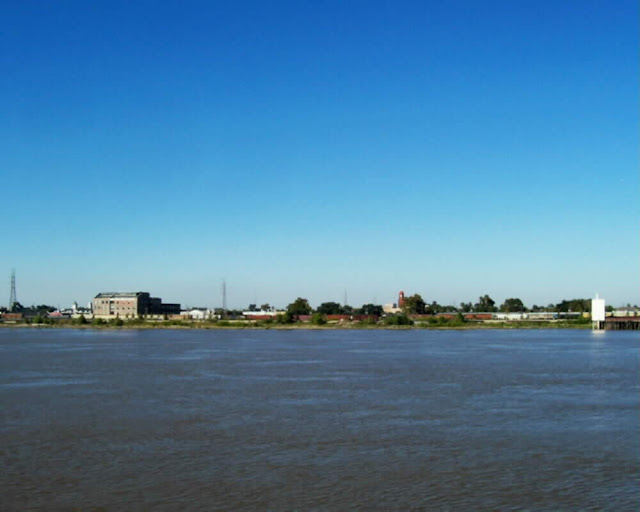 
Could FEMA have ordered the evacuation of New Orleans? Yes, had it waived posse comitatus and invoked the Insurrection Act, which Congress ultimately amended in 2006 to permit deployment of troops in response to natural disasters. That unprecedented action was actually contemplated days after landfall aboard Air Force One—and I advocated for it. After I advised the president to federalize the response, he sat with Louisiana Governor Kathleen Blanco and New Orleans Mayor Ray Nagin on Air Force One and outlined his plan. We immediately started drafting the federalization documents for the president’s signature, but Governor Blanco requested time to think it over and the president acquiesced. While the governor considered her options, the city became more and more dysfunctional. Blanco ultimately rejected the president’s plan, and political considerations eventually pushed the idea aside.

New Orleans is what Democrats do.


Prior to Katrina making landfall, I asked then-National Hurricane Center Director Max Mayfield to forcefully explain on a secure video conference call with Blanco and Nagin the catastrophe they were potentially facing if they failed to evacuate at least two or three days prior to landfall. When that didn’t work, I called President Bush at the ranch and implored him to call Mayor Nagin and encourage him to evacuate his city. The president called; the mayor dallied.

Nagin finally asked people to evacuate on Sunday morning for a storm that hit his city sometime after midnight that night. By that point, Amtrak had left the city with rail cars sans passengers. Airlines had evacuated Louis Armstrong International Airport with planes sans travelers. And school buses sat in their lots, soon to be flooded and ruined. The mayor’s incompetence cost lives.

While I was urging people to leave New Orleans, Mayor Nagin announced a “shelter of last resort,” the New Orleans Superdome. In other words, despite calls to evacuate, if you choose not to evacuate, or are now unable to evacuate because you lack transportation, run to the Superdome.

That's the same mayor "Schoolbus" Nagin whose constituents, meaning the people who returned after the flood, re-elected him.


The blame game was primed.

Had the mayor and governor fulfilled their responsibilities as elected leaders of their city and state, most if not all of the people crying for help in front of national television cameras would not have been there. They would have been in other locales, safe and secure.

But the blame was not placed on those responsible. The blame was placed on me—the one person who had no authority to do anything at that point except get out the checkbook and start paying the Department of Defense to evacuate people from that hellhole to a place of safety. And that is exactly what I did.

And that "heckuva job, Brownie" remark?  Arose in connection with efforts in Alabama and Mississippi, where state officials had their act together and federal aid could be effectively deployed.  New Orleans?  Not even preparation could help them.


I asked Congress for funding to study several catastrophic scenarios, including the possibility of a Category 5 hurricane hitting New Orleans. The tabletop exercise, which we dubbed “Hurricane Pam,” was held in July 2005, one month before Katrina hit. The results struck fear in everyone involved. Hurricane Pam taught us too late that Louisiana and New Orleans were ill prepared. The state’s emergency manager was under federal indictment, its emergency operations in disarray.

New Orleans is what Democrats do.  But the way forward for Democrats is to ... elect Bernie Sanders.

Sanders is the only candidate running for President who has consistently fought for the kinds of policies that New Orleans so desperately required prior to and during Katrina, and that it needs now more than ever.

Now that you're done laughing, pray consider the possibility that one way to change the center of gravity of political life might be to break up concentrations of poverty and dysfunctional behavior.  (That's a hard task, something for another post another day.)  There's a long Malcom (Tipping Point) Gladwell essay in The New Yorker raising that possibility.


The neighborhoods that offer the best opportunities for those at the bottom are racially integrated. They have low levels of income inequality, good schools, strong families, and high levels of social capital (for instance, strong civic participation). That’s why moving matters: going to a neighborhood that scores high on those characteristics from one that does not can make a big difference to a family’s prospects.

I deliberately started with a description of conditions that might be unstable, leading to the tipping of a neighborhood. (Read Professor Gladwell's essay, he, too, acknowledges that possibility.) To repeat, breaking up concentrations of poverty and dysfunction is difficult.  The life of the man of system is not easy.  But a destructive hurricane is a powerful inducement to move.


One of the tragedies of Katrina was that so many of New Orleans’ residents were forced to move. But the severity of that tragedy is a function of where they were forced to move to. Was it somewhere on the Salt Lake City end of the continuum? Or was it a place like Fayetteville [North Carolina, a notorious poverty pocket]? The best answer we have is from the work of the sociologist Corina Graif, who tracked down the new addresses of seven hundred women displaced by Katrina—most of them lower-income and black. By virtually every measure, their new neighborhoods were better than the ones they had left behind in New Orleans. Median family income was forty-four hundred dollars higher. Ethnic diversity was greater. More people had jobs. Their exposure to “concentrated disadvantage”—an index that factors in several measures of poverty—fell by half a standard deviation.

And thus their exposure to the life-management skills of the middle class increases? That's why social scientists do research, dear reader, there's no end of interesting questions.  Publishable answers are another matter.  As are interpretations.  Robert Doar of The American Enterprise Institute offers his.  Yes, the life-management skills matter.
Posted by Stephen Karlson at 12:45