I'll end the academic posting for the year by offering a rare recommendation to a Nation article by Michelle Chen.  It's about contingent faculty unionizing in the Chicago area, and specifically at Loyola University, where the administration's business model appears to be in conflict with Catholic social teachings.  But it's the etiolated education that results from turning faculty into some kind of on-demand contractors that I wish to address.


English and gender studies professor Alyson Paige Warren has slipped into a kind of professorial purgatory, bouncing between teaching gigs at two local campuses and a non-profit. She constantly asks herself, “where do I need to cut from my own time? [Or] time that I should and could be using to research or publish or contribute to the community, or give more to some of my nontraditional students, instead [I spend] just flying from university to university.” Due to what Warren calls “second-class citizenship” imposed on Loyola adjuncts, she is excluded from benefits afforded to full [meaning tenure-line -- ed.] professors, such as regular office hours or just a day-to-day presence on campus. So she ends up messaging students on the run and “grading papers on the train,” leaving even less time for actual teaching duties, like developing courses and programming.

And faculty wonder why upperclassmen write so poorly? Or why feminist arguments sound incoherent?  But no doubt, somewhere, there's a line item on the spreadsheet that makes the dollars-per-student-credit-hour in the English department look good.  (Yes, and the Chicago Great Western Railway had impressive gross-ton-miles-per-train-hour for all the good that did.) 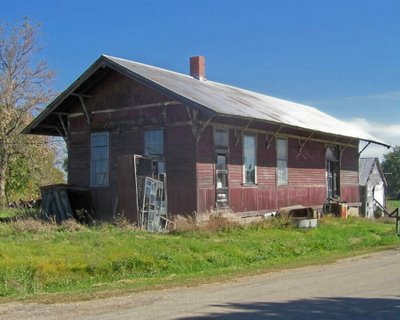 Long-term, antagonizing your students is not going to turn out well.


At small private colleges like Loyola, known for fostering intimate student-teacher discourse, faculty advocates say the marketization of the university is corroding the quality of their pedagogy, and hampering their long-term career prospects through chronic economic instability.

In terms of professional priorities, the majority of Faculty Forward survey respondents stated that they still “had sufficient time to advise students,” but only 36 percent said they still had adequate time left for “professional development and growth.” Just over a quarter stated they had sufficient time for conducting research—suggesting that, whether informed by Jesuit values or not, advancing their own career tended to take a back seat to pushing their students forward.

Management gets more of what it measures. If it's measuring student credit hours but not scholarly advancement, that's what it's going to get. But one of the responsibilities of a professor is to stay current in his field, and another is to contribute to the conversation (read: research) in his field. Loyola students (and this is true of many other students at many other universities) are being shortchanged.  And a demoralized work force is a less productive work force, and a work force with one foot out the door.


Beyond the economic strains of teaching, respondents complained about social isolation from their colleagues and institutions. One respondent reflected that they “can’t establish a meaningful relationship with students, colleagues and the institution in general. I feel devalued, exploited and destabilized.”

That's particularly bad for an institution of higher education, in which stewardship of the curriculum, and thus of the teaching, scholarship, and service responsibilities, is in the hands of the faculty.


The controversy around unionizing contingent faculty is less about third-party “interference” than about an internal clash over defining a university’s values. A union vote will present an object lesson in reconciling communal ethics with institutional priorities, and when professors cast their ballots, they’ll show their faith in a moral educational tradition that stands above market forces.

The concluding sentence is an understandable error coming from a Nation writer.  Businesses cut costs and antagonize customers all the time.  A union vote might change the administration's mind at Loyola.  (Or not: such unions are present elsewhere.)  But a boycott by employers of Loyola's job fairs might go a long way toward concentrating administrative minds, and perhaps someone will recognize that turning out graduates on the cheap isn't meaningful productivity.
Posted by Stephen Karlson at 13:10