ONLY YOU CAN REPORT WILDFIRES.

Improved information technologies have changed the way people keep watch on conditions.  We used to speak of trains being shepherded along the tracks by cadres of station agents and tower operators, and coastwise shipping was under the eyes of buoy-tenders and lighthouse keepers.  But the expression "shepherded" is probably anachronistic; in all of my travels through farm country, I have not seen any shepherds abiding their flocks.  Perhaps the Second Coming has happened, but without the shepherds to experience the glory and be sore afraid, who would know?

With the freight railroads pursuing a wholesale transportation approach, the friendly station agent who solicits carloads of grain and OSes the train and gives the local kid an outdated Official Guide fades, and centralized traffic control and automatic defect detectors obviate the towers.  Sailors must hope that their radio batteries are good.

Now comes word that the State of Wisconsin will close its fire towers.


The Department of Natural Resources says that all 72 towers will be removed from service. The agency assessed their condition and determined they are no longer safe and would be too expensive to replace. In the early 1930s, the state operated 119 fire towers.

In part, the foresters are depending on you to be Smokey's eyes and voice. 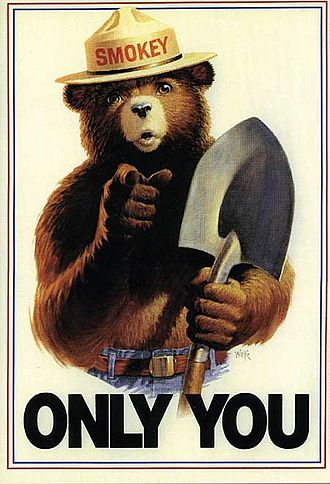 If you see something, CALL IT IN!

The towers, averaging about 100 feet, have been operated with personnel working an average of 17 days a year during periods of heightened fire danger, usually in the spring before trees leaf out.

Like so much else, the towers and the people inside them are being replaced by technology.

Traditionally, spotters would use their binoculars, maps and a table-sized 360-degree compass to identify the location of smoke and then radio the coordinates to headquarters. Other spotters might see the same smoke and help to pinpoint the fire.

[Forest Protection bureau director Trent] Marty said that the $100,000 saved from ending the program will be redeployed for more aerial surveillance.

The need for fire towers diminished as the prevalence of cellphones has grown. Another factor is that more people live in areas that were once sparsely populated, according to Marty.

Today, more than 90% of forest fires are first reported by citizens.

Foresters' towers are being removed from service in other states.  Some may remain standing (although if the reason for closing them is the cost of maintenance, leaving them to rust out tempts lawsuits) but lower ladders will be removed to discourage casual sightseeing.
Posted by Stephen Karlson at 11:34