POLITICS IS DOWNSTREAM FROM CULTURE.

Enroute east two weeks ago, I was listening to a segment on Charlie Sykes's show about what the Republic had done to deserve the major party candidates we got.  On my way west, I picked up Dan Rivers out of Youngstown asking listeners a similar question. 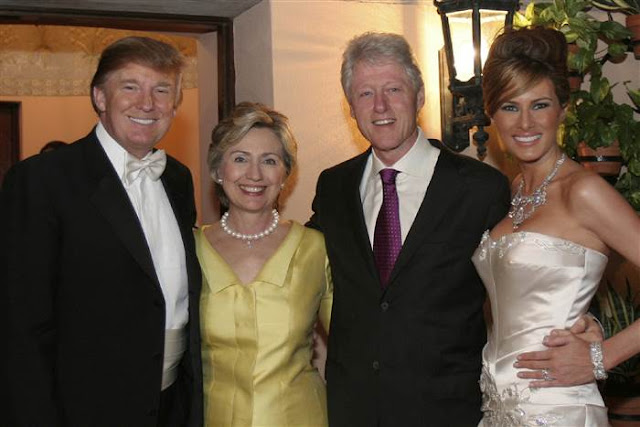 We can start with the conventional explanations from the here and now, such as National Review's Jim Geraghty, who laments An Election Unworthy of America.  "The primaries gave the general electorate two bad, disliked, dishonest, vindictive options . . . and in far too many cases, the general electorate responded appallingly, making a crummy situation worse."  The people had the opportunity to reject these choices, and they didn't.  Sometimes that's the way popular sovereignty works, and the people get what they deserve, good and hard.  That's Mr Geraghty's parting shot.  "In 2016, the question is no longer whether we can keep [the Republic] but whether we want to keep it."

Or, as Warren Henry for The Federalist suggests, the media-entertainment complex put a thumb or two on the scale: Before Progressives Hated Trump, They Were For Him.  The column is a rogues' gallery of Deep Thinkers who, before the spectre of a Trump win materialized, pushed variations on a theme that Donald Trump Is No Winger, Despite Being Crude.  Thus, did the protective institutions crumble.  "One of these [hazards] is the message that elevating and defending such people sends to the larger society, whether one views it as normalizing such behavior generally or as a double-standard for the wealthy or powerful. There is also the question of whether ignoring a candidate’s temperament results in a nominee who increases the threat of war (nuclear or otherwise) or undermines the dollar as the world’s reserve currency."  Where Mr Henry errs is in thinking that normalcy enjoyed safeguards: those are rotten.

The rottenness was a long time in coming.  It was anticipated by the editorial board of New York's Times.  "We want and deserve tin-can architecture in a tinhorn culture. And we will probably be judged not by the monuments we build but by those we have destroyed."  That was a lament for the destruction of The Pennsylvania Station, but the destruction of monuments has since taken many other forms.

Consider, first, the Trump nuptials illustrated above.  About the same time The Pennsylvania Station disappeared, the Consciousness Revolution was at work, questioning all sorts of traditions.  Smash monogamy!  Nuke the nuclear family!  Coat and tie radicals like Bill and Hillary might not have been out front with that campaign, but consider their marriage.  Staying together for the sake of engaging in a protracted conversation about policy matters, OK; and there's no question about Chelsea's parentage.  But Hillary gets to have girlfriends on the side, and so does Bill.  The real winners of that part of the Consciousness Revolution, though, are Donald and Melania.  Politics be hanged.  "Today the only victors in the sexual revolution are those men and women who are good-looking and clever enough to enjoy multiple partners with a minimum of emotional and financial commitment. The dowdy and the not-so-clever (or not-so-unscrupulous) are used by the well-endowed and find loneliness and frustration where, in a previous generation, they would probably have been able to start families."

Then comes the deconstruction of coherent beliefs of any kind.  The humanities committed suicide.  As did political feminism.  Thus there's no guarantee that the Clinton camp's current efforts to turn Donald Trump into this year's version of Der Gropenführer (efforts that didn't stop Arnold Schwarzenegger from winning in California, anyway.)

Stir in the pernicious cults of transgressivity and authenticity.

In a do-your-own-thing world, there's no answer.

Thus, Ben Domenech, also with The Federalist, notes, here's why we get that choice.


There is a reason progressives spent half a century slowly eroding society’s pillars to the point where the people produced by our families, communities and schools no longer desire this, a point at which a reversion to this form of reactionary nationalism is possible. Trumpism is not the same as populism or the New Right, and it speaks to something much worse than an intellectual crisis. It is what happens when no one trusts anyone any more.

We will be judged by the monuments we've destroyed.
Posted by Stephen Karlson at 16:26