THE EVOLUTION OF INFRASTRUCTURE.

The Lincoln Highway name lives on, even though the contemporary roads are often different.  The name often goes with U. S. Highway 30, particularly east of Chicago, although Thirty is often widened and relocated to avoid the villages and hamlets through which the Lincoln Highway was often the main street.  Across Indiana, for example, Thirty is a four-lane road offering the truckers an opportunity to bypass the Indiana Toll Road, and the tolls charged thereon.  (The operator of the Toll Road is not doing much these days to win friends and influence people, with construction going on forever toward the west end, and several service plazas out of service for rebuilding all at once.)

In parts of Indiana, however, the original two-lane Lincoln Highway remains as a rural road, or as the main street of the smaller villages and hamlets.  And just to its south is what remains of the Pittsburgh Fort Wayne and Chicago, which as a component of The Pennsylvania Railroad's Lines West provided a racetrack for passenger trains, particularly in the flatlands west of Crestline.

But now, pull into the appropriately named hamlet of Hamlet, Indiana, and you find the offices of the Chicago Fort Wayne and Eastern Railroad. 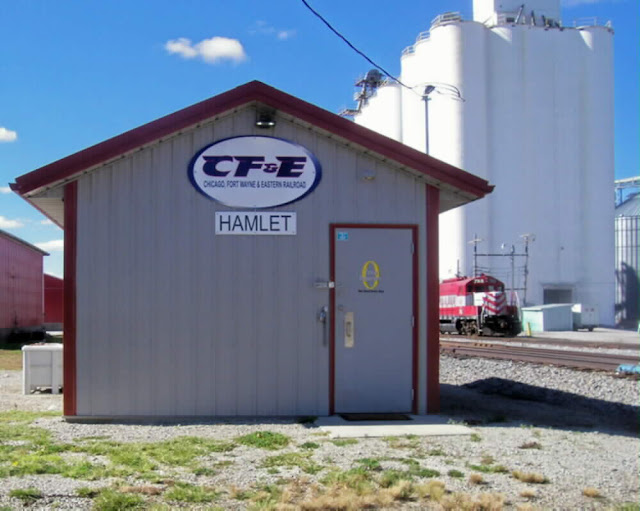 Splendid weather for mid-October.  Friday the Thirteenth comes on a Thursday. 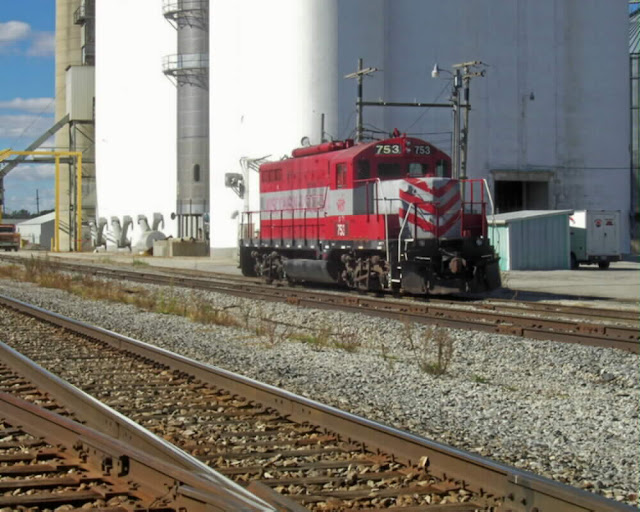 I stopped at Hamlet in order to get in front of a short freight train pulled by a locomotive in Indiana and Ohio colors.  That's another property not in Genesee and Wyoming's portfolio.  Go figure.  But the one remaining main track has been given proper care, and the railroad is good for forty mph running.  The track improvements offer shippers another choice for through cars bound east of Chicago, but these must be handed off to a connecting carrier at Crestline.  Single-carrier service to Pittsburgh and the east coast ended with the partitioning of Conrail, perhaps the idea of moving all the freight to The Water Level Route (cargo bound for Pittsburgh and Philadelphia making a right turn at Cleveland) hived off inefficiently much capacity.

In a few minutes, the freight train showed up. 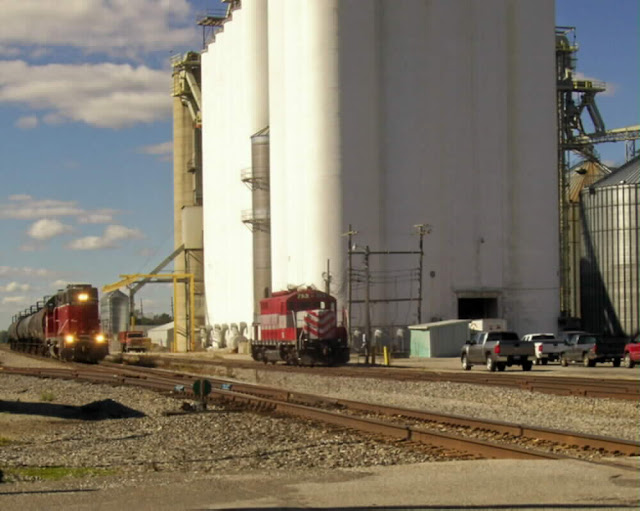 I wonder if there are more sidings at Hamlet now than there were in Pennsylvania Railroad days.  Executives of the more successful railroads in the sunbelt contrasted their efforts at attracting shippers with the long stretches of rural operation in the Great Lakes region and relatively few shippers.

Once upon a time, Hamlet was the crossing of New York Central's Kankakee Belt line and the Fort Wayne, complete with a tower. 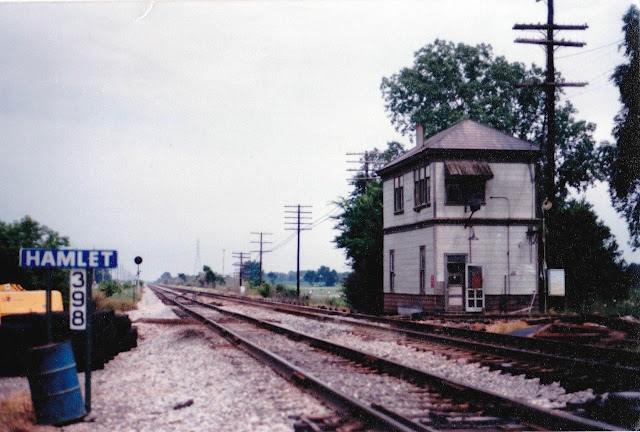 The crossover and crossing are east of the elevator.  The Kankakee Belt is gone here, part of the Conrail elimination of duplicate facilities.  Look closely at the left, that's the original Lincoln Highway.  Those tracks still look capable of carrying a poppet-valve duplex drive at 120 mph with The Broadway Limited or The Trail Blazer.

I was able to get ahead of the freight train one more time.  At Donaldson, that appears to be another carload of ferroequinologists out for the photography. 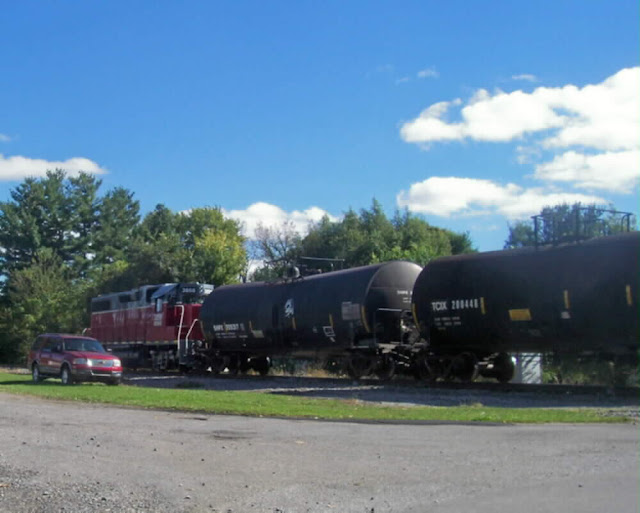 The road paralleling the tracks may be another section of the original Lincoln Highway.

A regional freight carrier replaces Lines West of The Standard Railroad of the World.  It could be worse.  In the Chicago area, the former Erie Railroad grade, which offered ample clearances for high and wide loads, is now a bicycle trail.
Posted by Stephen Karlson at 23:36