Last year, Ringling Barnum put their elephants out to pasture, probably in the face of ever-more-intrusive regulatory measures in the big cities, and despite peer-reviewed evidence that circuses are not inherently detrimental to the welfare of elephants.

This year, Ringling Barnum itself will be headed to the grassy lot.


The owner of the Ringling Bros. and Barnum & Bailey Circus told The Associated Press that the show will close forever in May.

The iconic American spectacle was felled by a variety of factors, company executives say. Declining attendance combined with high operating costs, along with changing public tastes and prolonged battles with animal rights groups all contributed to its demise.

“There isn’t any one thing,” said Kenneth Feld, chairman and CEO of Feld Entertainment. “This has been a very difficult decision for me and for the entire family.”

Feld Entertainment's other itinerant shows will continue. For how much longer? Read this about contemporary attention spans, and be very afraid.


“The competitor in many ways is time,” said Feld, adding that transporting the show by rail and other circus quirks — such as providing a traveling school for performers’ children— are throwbacks to another era. “It’s a different model that we can’t see how it works in today’s world to justify and maintain an affordable ticket price. So you’ve got all these things working against it.”

The Feld family bought the Ringling circus in 1967. The show was just under 3 hours then. Today, the show is 2 hours and 7 minutes, with the longest segment — a tiger act — clocking in at 12 minutes.

There are other itinerant circuses, dear reader, and come summer, one will likely be pitching a Big Top on a fairgrounds or school practice field near you.  And some will have elephants.

But I never imagined that the Karlson Brothers Circus train would be running while Ringling Barnum's is not. 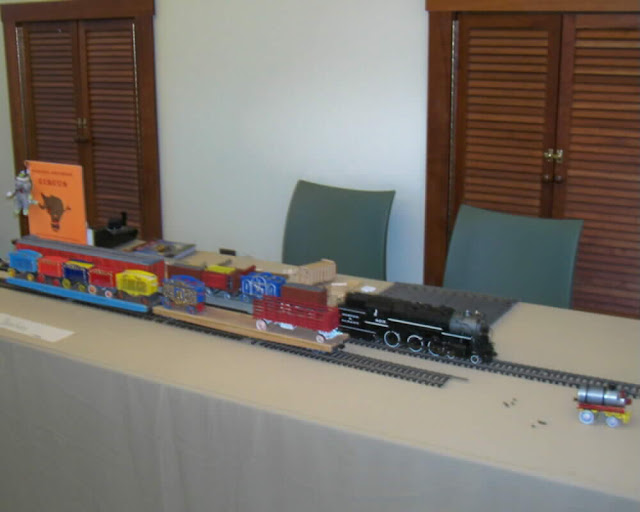 As long as there is a Karlson Brothers Circus, it will travel by rail. 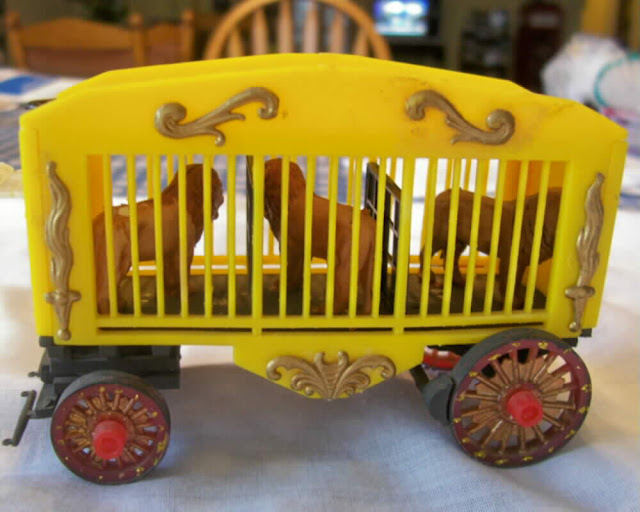 There will be lions (and tigers) 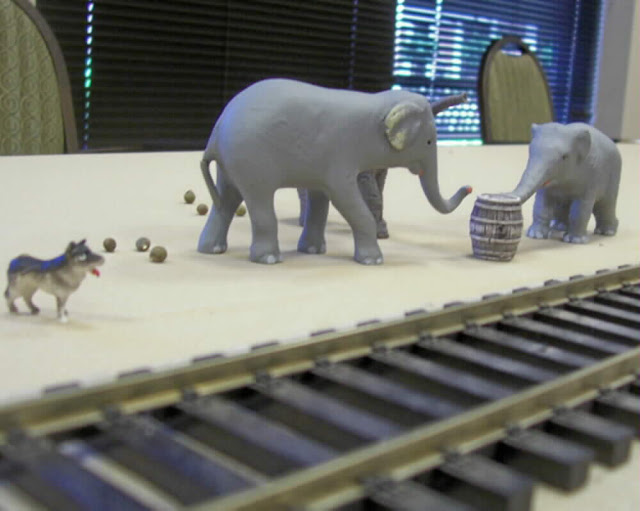 And a prodigious parade of powerful pachyderms, plenty of work for the man with the scoop shovel, and Huskies on guard. 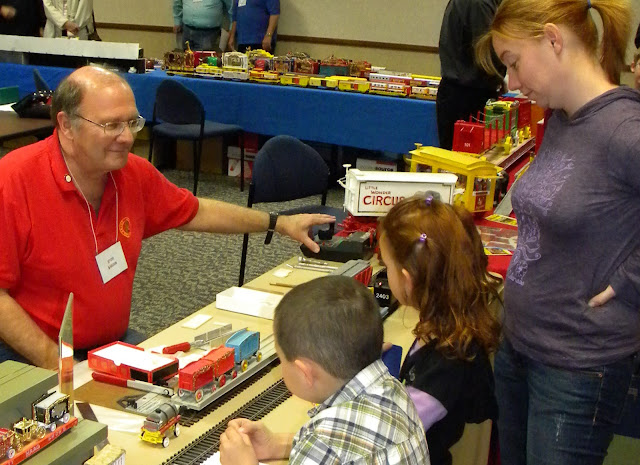 Children of all ages are as interested in the motion of the steam locomotive as they might be about the animals, or the sight gags scattered about the lot!

Find yourself a circus and go to it.
Posted by Stephen Karlson at 12:46