Reason's Steven Greenhut, in common with most of Reason's transportation writers, is no fan of high speed trains, especially California's project, which, like the old Chicago - New York Electric Air Line, is starting out with some expensive construction between Nowhere and Vacant Fields. 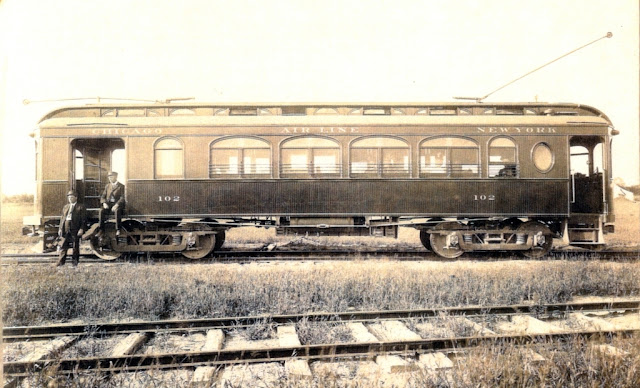 At the conclusion of his article, however, is a sensible suggestion. "If state officials weren't spending so much money on these wasteful rail-related transit projects, they'd have extra money to fix roads, bridges and freeways—and to provide realistic transit projects rather than overbuilt boondoggles designed with a future fantasy train in mind."

Yes, additional frequencies on the existing regional routes (Amtrak and the city-specific commuter services), making better connections between the Los Angeles and San Diego regional trains, and filling in some of the gaps in the rail network (connect Bakersfield to Los Angeles and Santa Barbara to San Luis Obispo) are likely to be more productive at less cost than a San Francisco to Los Angeles Neubaustrecke that, like its German and Japanese counterparts, will have to be tunnelled through difficult terrain.

The roads?  Perhaps it's in the public interest to let some of them crumble.
Posted by Stephen Karlson at 12:05