WELL, GOVERNOR WALKER IS A REPUBLICAN. 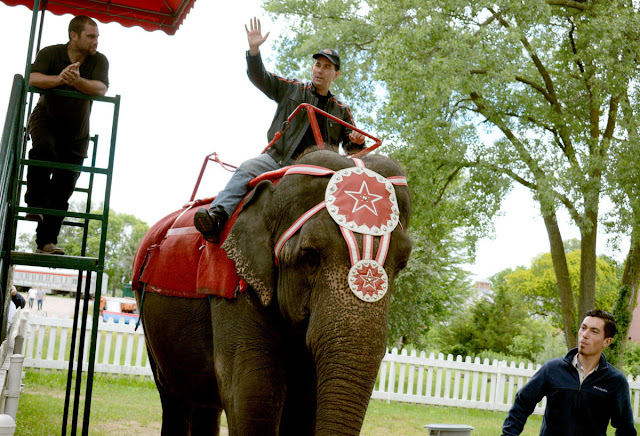 Hereafter, perhaps the Governor of Wisconsin, irrespective of party, ought to be ex officio Ringmaster.


The governor included in the 2017-2019 state budget a provision that will provide the Baraboo museum with more than $1 million in state support over the next two years, while transferring control of operations from the privately-funded Circus World Museum Foundation to the Wisconsin Historical Society.

Circus World Executive Director Scott O’Donnell said the museum is grateful to have the governor’s support. He added that Walker’s and his guests’ excitement and anticipation of the afternoon performance radiated through the grounds.

I recall the state previously being involved with circus preservation; that too, may be subject to change.

For the moment, children of all ages have performing pachyderms, and cotton candy, to enjoy.
Posted by Stephen Karlson at 12:41