The former Santa Fe High Level Lounge cars, which prefigured the Superliner Sightseer Lounges now in their fourth decade on the western cross-country trains as well as the Capitol Limited and City of New Orleans, earned a second life as the Pacific Parlour Cars on the Coast Starlight. 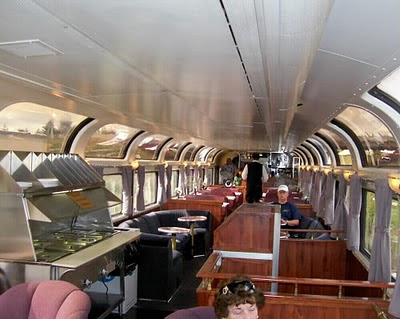 Their existence has been tenuous of recent years, with wintertime withdrawals of the stock "for renovation" being part of a more general trimming of the first class service on the Starlight.  Never mind that the carriage trade votes, even in rapidly Third-Worldifying California.

Now the Parlour Cars are going away, with no replacement first-class lounge provided. 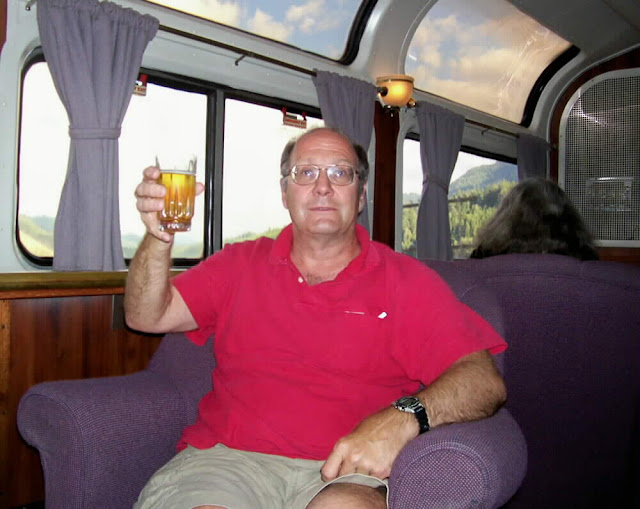 So, too often, it is, because public authorities have no sense of how to offer amenities.
Posted by Stephen Karlson at 11:42

"no sense of how to offer amenities"

Not even at the *name* level...the British government was going to offer "communal feeding centers" for people in wartime, until Churchill suggested that "British restaurant" might be a more palatable name.