Monaco's Princess Stephanie, who sent official greetings to the Worldwide Circus Summit, gets it. 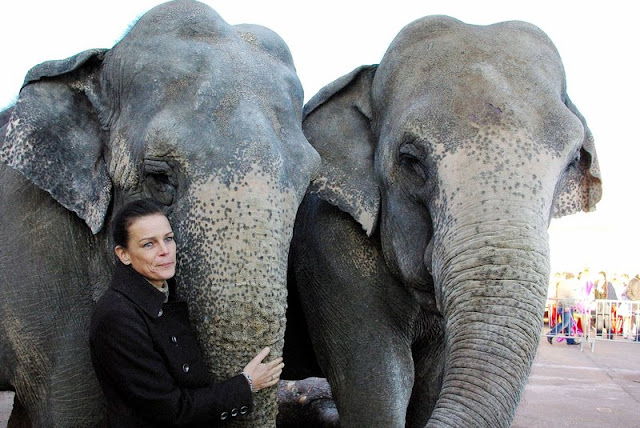 She also gets the preening virtue-signallers, cold.


Stephanie went on to describe these attacks as coming from “a minority who wish to impose their will upon others”, refused “to negotiate” or “see how the industry has evolved”

She also deplored what she described, the chicness of animal defense among certain “bobo” types.

“It’s become a fashion,” she told AFP. “It’s like being vegetarian, vegan.” Most critics, she claimed, haven’t been to the circus or understand how artists treat their animals while audiences do.

“When you see the numbers who come to the circus, you understand that we don’t get that by abusing animals.”

Yes, although it's easier to preen about animal abuse than to understand how short the life of an abusive animal trainer would be.
Posted by Stephen Karlson at 13:25