TO THE SPANISH MAIN, WE SAIL AWAY.

Specifically, to the Azores, which, with their connections to the Era of Explaration and the Battle of the Atlantic, have long intrigued.  Our conveyance is Regal Princess, relocating from the Caribbean to the Baltic for the summer. 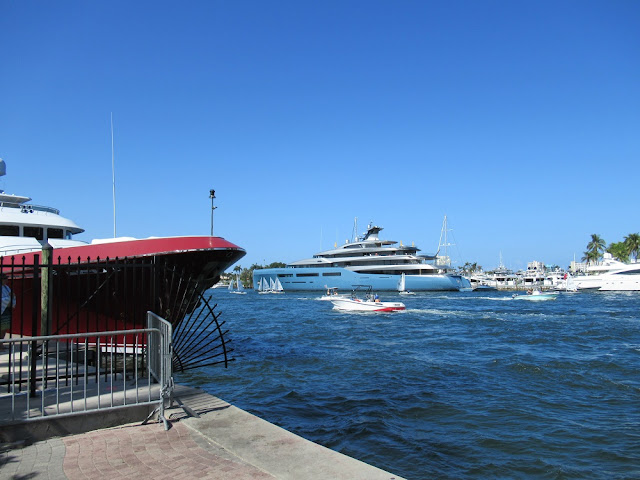 ... there are probably customers for German land-yachts nearby. 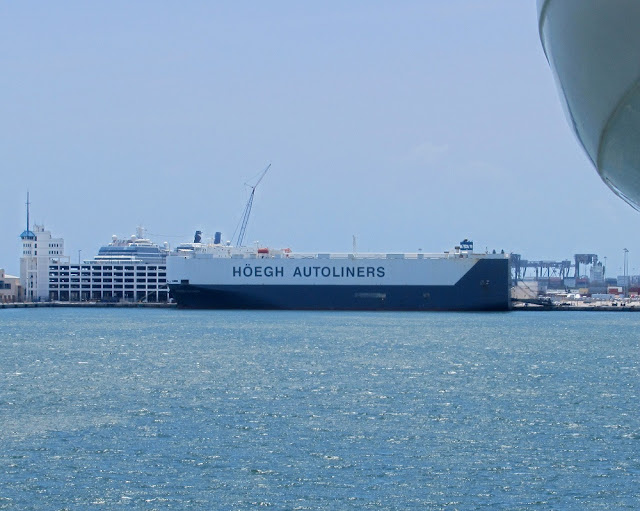 Höegh operate a large fleet of these ships.  Didn't get close enough to read the name.  There are still a few bulk carriers plying the oceans. 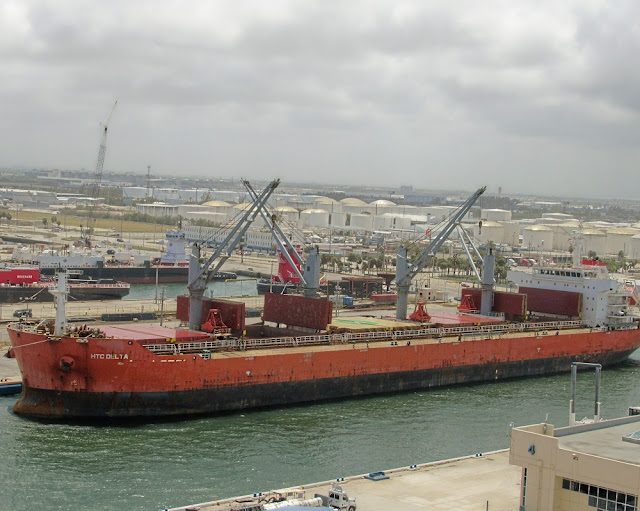 HTC Delta is a Marshall Islands registered bulk carrier, proportioned to fit the Seaway, although she's currently somewhere in the Caribbean. 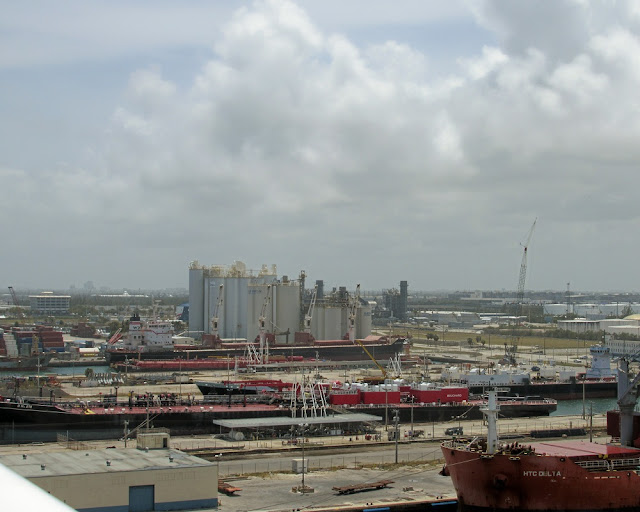 Nearby, there are some intracoastal barge-towboat tankers. 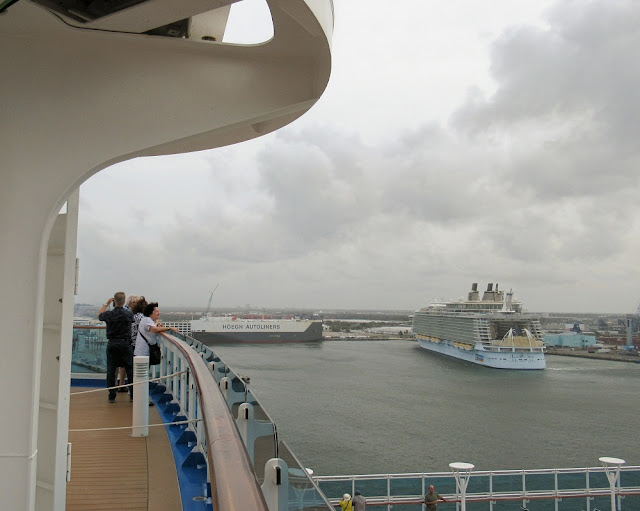 There are some freighters waiting to enter the port.  I wonder what sort of security the Harbormaster must maintain, the passenger ships in coming and going do have waterborne traffic cops observing their movements.  Regal Princess did not slow to discharge a pilot, rather, the master sounded the whistle (the Love Boat theme, for television watchers) and off we went. A crossing of the North Atlantic in April is ... multiple opportunities to go swimming, and get sunburned.  (No, I'm not expecting sympathy.) 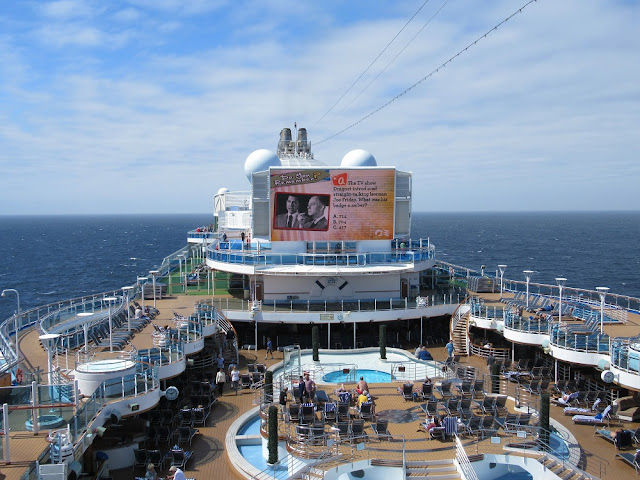 The master and the navigator work with the meteorological offices to stay clear of the storms that are still bringing snows to the Great Lakes, and south of the iceberg limit.  Lake Michigan in August is not necessarily as nice as this! 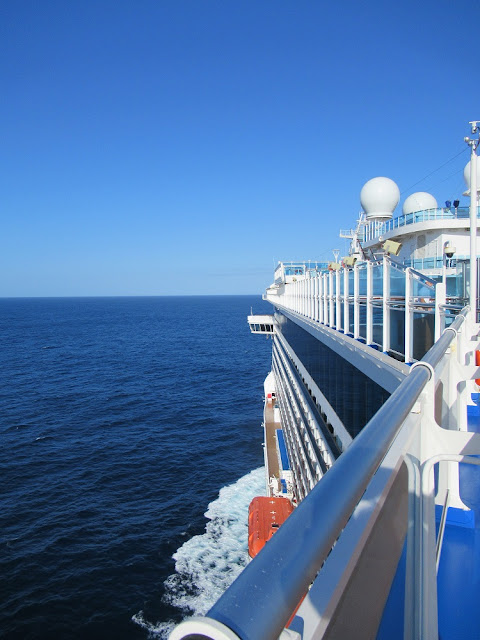 The bridge wings are at about the fifteenth deck, no flying bridge here.  No Chadburn, either. Each of the two power plants is controlled, directly from the bridge, by a single lever with gradations of forward and reverse speeds. 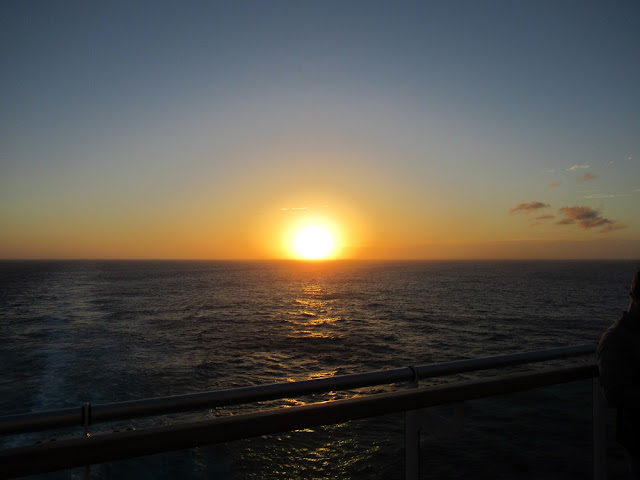 Red sky at night, sailor's delight.  Conditions aboard were conducive to sleeping in.  No jet lag here.

After a week at sea, Ponta Delgada on São Miguel is the first landfall. 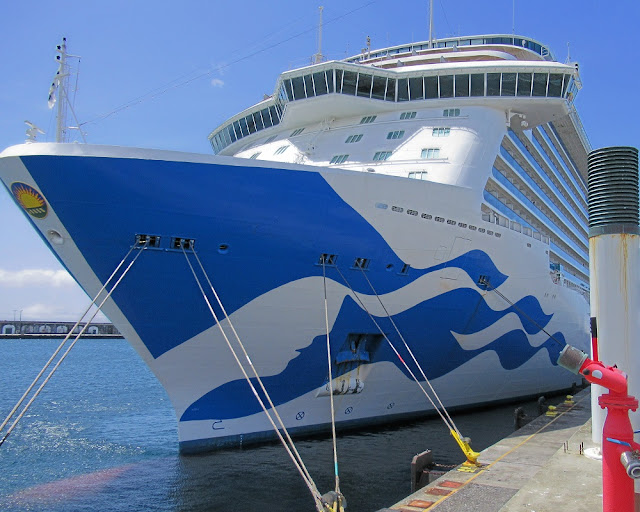 Regal Princess is slightly longer and slightly wider than Mesabi Miner, but a great deal taller as up to 2700 passengers and a full crew of 1400 people take up more space than a load of iron ore, particularly as one of the objects of a cruise is to sell a lot of duty free stuff and offer concerts and magic shows and other entertainments.

One ship pretty well fills the harbor.  The next day, 23 April, they expected five!

The Azores?  That came as a bit of a surprise, the local economy is dairy and tropical fruits, not so much a fishery, and the islands are volcanic, making for hot springs and the kind of upscale retirements that involve taking the waters.
Posted by Stephen Karlson at 18:13