Illinois, in its wisdom, forbids children of all ages from enjoying elephant acts.  We documented the Farewell to Elephants last September.

In Wisconsin, they're not so foolish.  Carson and Barnes played at Delavan on Saturday, and children of all ages appeared to be enjoying riding piggyback on a pachyderm. 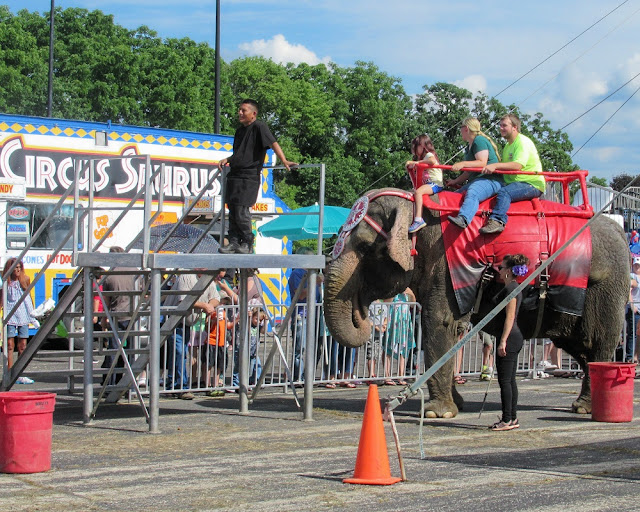 That "Circus Saurus" reference is to this year's feature, a dynamic display of dramatic dinotheria. 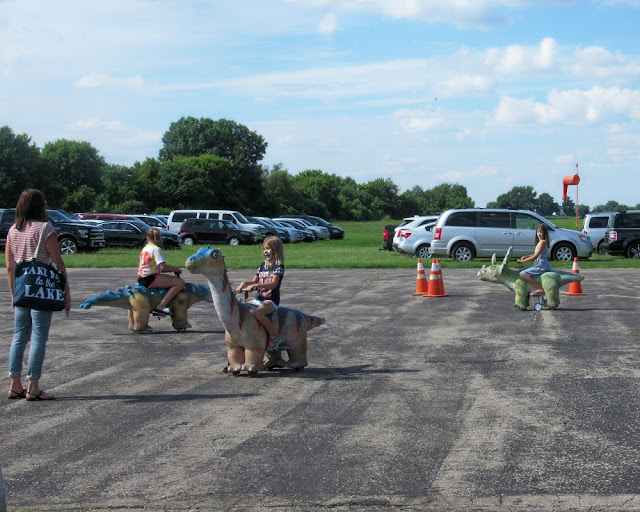 There's more circus tradition here than meets the eye.  It's now an airport, but early in Wisconsin statehood, the Mabie brothers bought this land as quarters for their itinerant circus, the first of several to call Delavan home.  The Mabies are shirt-tail relatives, thus I can kinda, sorta, claim to be circus family, if only in the modelled sense. 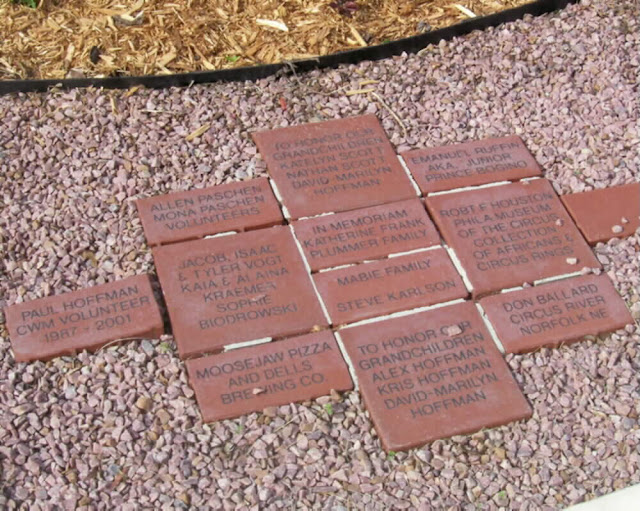 Back to the show ... there was a problem with the air-conditioning truck, and the management decided to hold an old-school show under the Big Sky.  The weather cooperated. 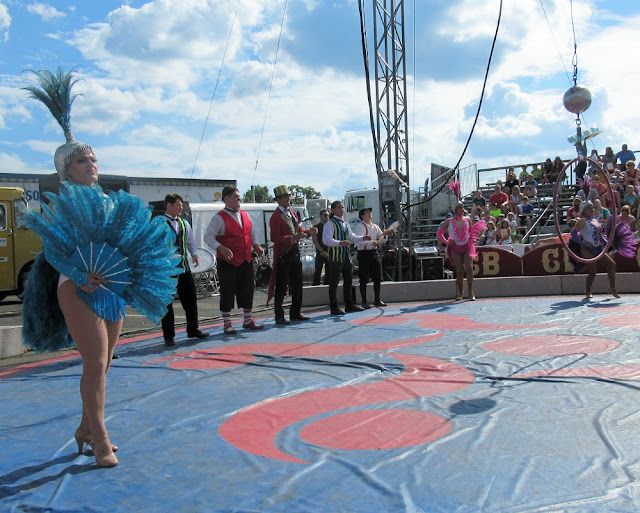 The Opening Spec.  A circus performer has to be versatile, the abilities to juggle and balance and perform high above the crowd on a hoop or a rope will all come into play. 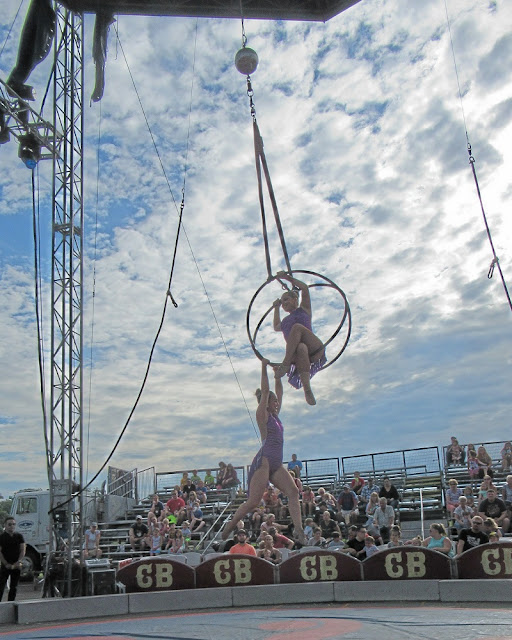 It's a circus, which means you have to suspend disbelief, for instance when the dinotheria mix it up with the cast dressed up as cave dwellers. 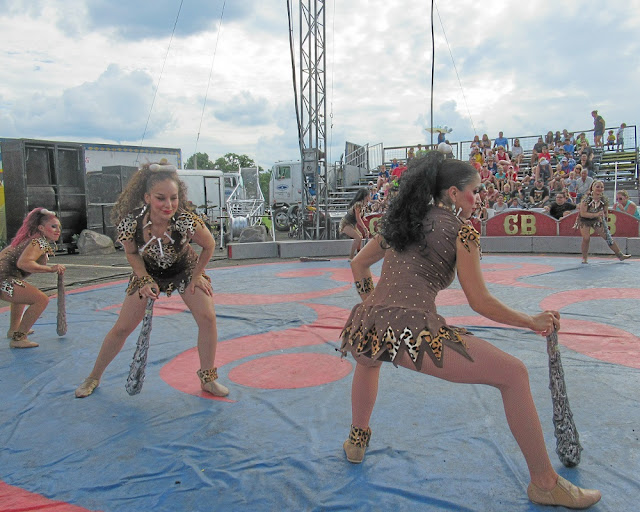 The show must go on, even when the elephant has to go. 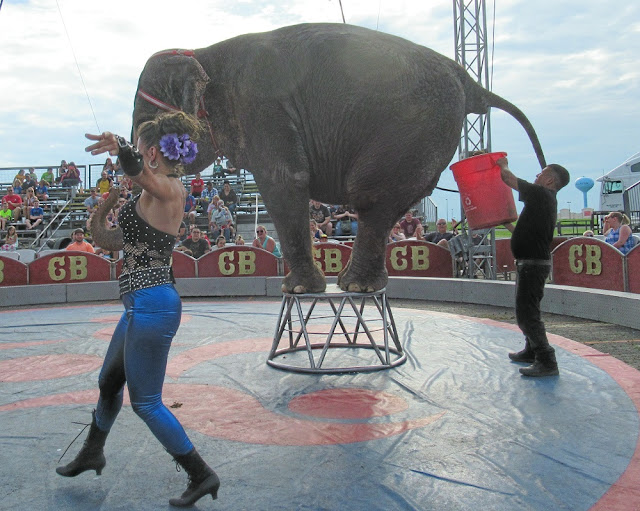 Meanwhile, in Illinois, children of all ages are spared the grittier side of elephant acts.

They are not, however, spared the attack ads, in which the case of the two major party nominees for governor, have truly gone into the toilet.

Remember, dear reader, the circus, like Christmas, comes to your town but once a year.  Find yourself a circus and go to it!

See you down the road.
Posted by Stephen Karlson at 23:58