Trains editor Jim Wrinn reflects on a recent visit to the Illinois Railway Museum, which is by Chicago driving standards almost in Cold Spring Shops' back yard.  "Illinois Railway Museum is revered for its massive rolling stock collection and its capability of providing a triple threat: It’s one of the few places in the U.S. that can field at once steam, diesel, and electric trains."

His column focuses on the museum's steam efforts: a century old Russian Decapod serving as "Uncle Boris" on Thomas the Tank Engine weekends; a three-truck Shay Patent Locomotive due to return to service, for years its star turn was hauling the caboose train; and a Union Pacific medium Consolidation expected to be next in steam service.

This past weekend, though, the big stage belonged to the diesels. 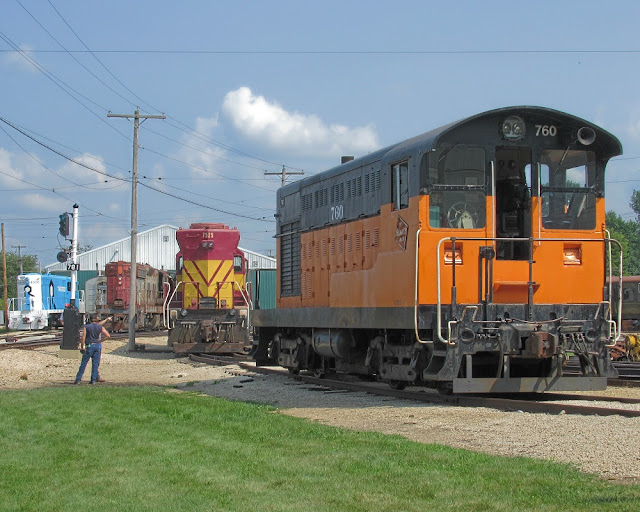 The Milwaukee Road's 760 is the first Fairbanks-Morse diesel switcher; it runs.  The bankrupt blue Rock Island Geep is fresh out of the repair shop and the paint shop, and fresh off assisting Thomas during July's events.  The Southern Pacific and Wisconsin Central road power are also operable, and handed Saturday's caboose train.

That's the rear of Silver Pilot hiding behind the Southern Pacific diesel.  What's the point of doing railway preservation if you can't re-enact a "what if?" 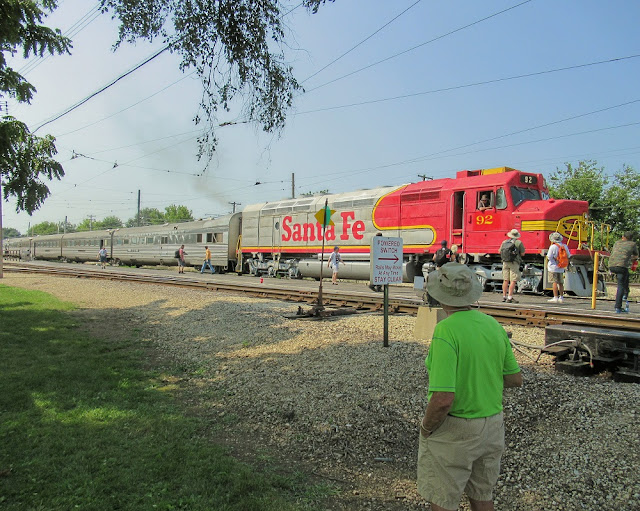 Burlington sold both Nebraska Zephyr sets a few years before Santa Fe (and The Milwaukee Road and Great Northern) bought cowl units for passenger trains, thus this is Just For Fun. 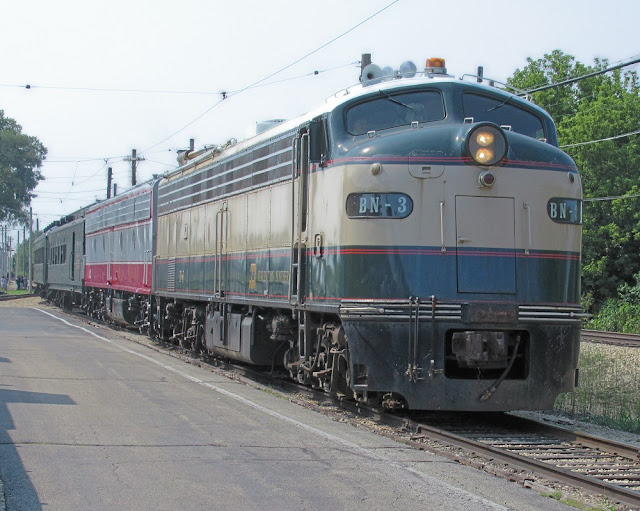 Also running: a short Chicago and North Western Commuter Streamliner.  When I first hired out at Northern Illinois, a two- or three-car Saturday or Sunday train was common.  They don't shorten formations at the outer coach yards any more; on the other hand the expensive parking and clogged roads put a lot of weekend passengers onto the trains. 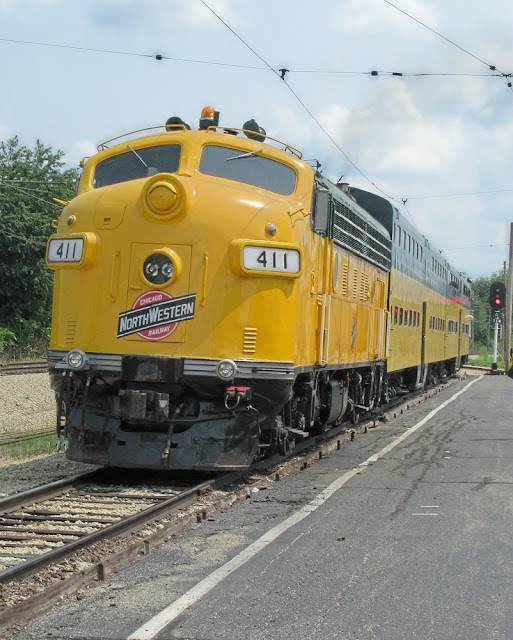 There's always room for another illustration of the Nebraska Zephyr,  demonstrating what a de luxe higher-speed diesel train looked like long before Florida East Coast's Brightline got into the act. 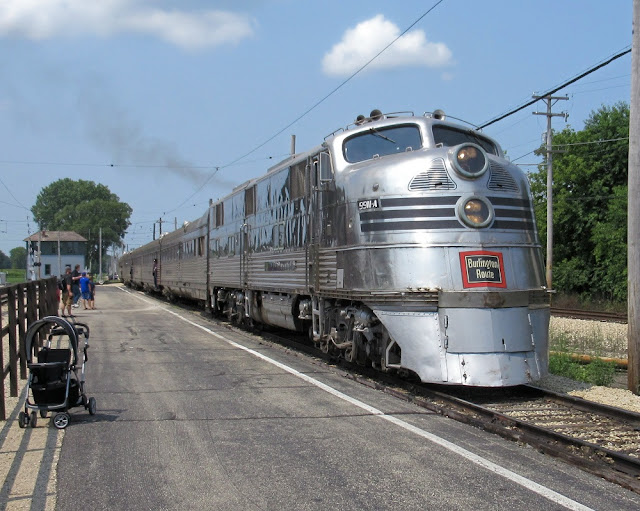 Unfortunately, current attitudes at Amtrak probably preclude a return of Silver Pilot and the Zephyr to mainline metals any time soon.

Amid all the work going on, recently restored Milwaukee Electric refrigerated container trailer M-37, just the thing when you had to rush a shipment of bratwurst from Usingers to Waukesha Beach, is spotted outside in full daylight with nothing on the intervening lead tracks. 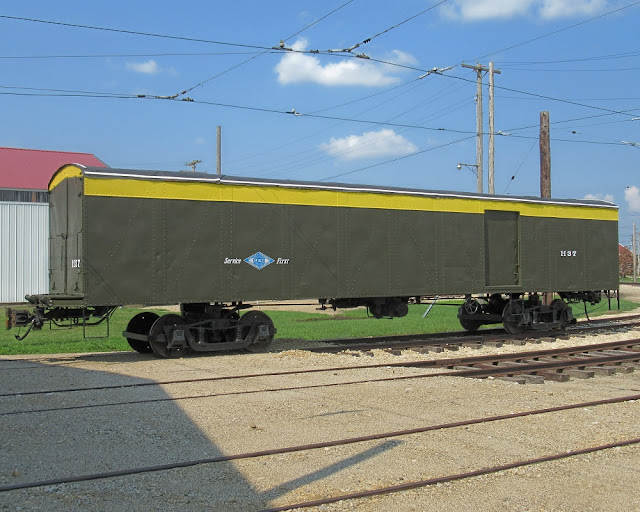 The Steam Department also spotted the three-truck Shay in a good place for photography. 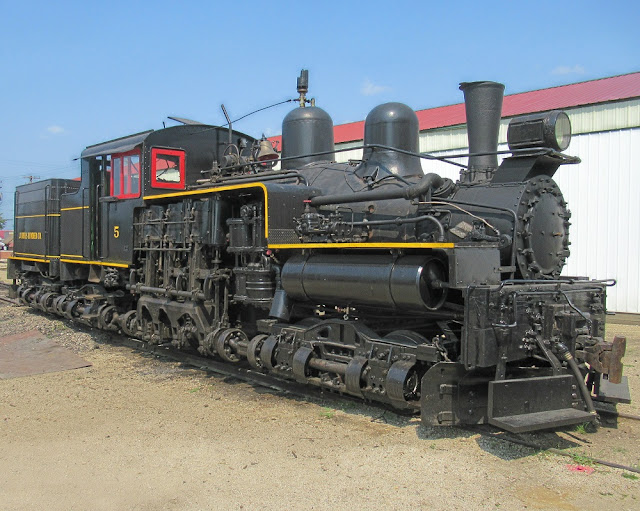 Watch the museum web site and social media postings for announcements of this kettle's return to active duty.
Posted by Stephen Karlson at 17:50