BUY YOUR MATTRESS NEXT WEEKEND. That line comes from the keynote speech at DeKalb's Memorial Day observations. 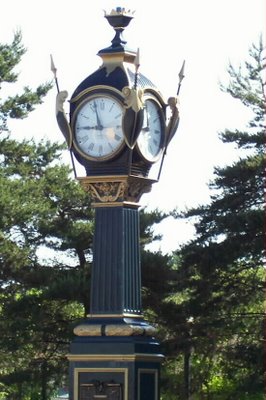 We believe in getting things started early. Some people might have been thinking about getting to the mattress sale in the afternoon. 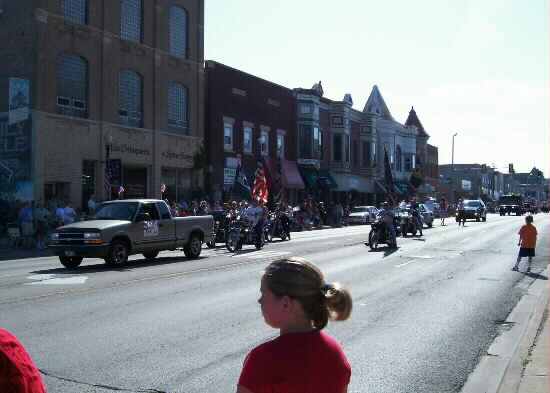 We're close enough to Milwaukee to have a good contingent of Milwaukee Iron showing the flag. 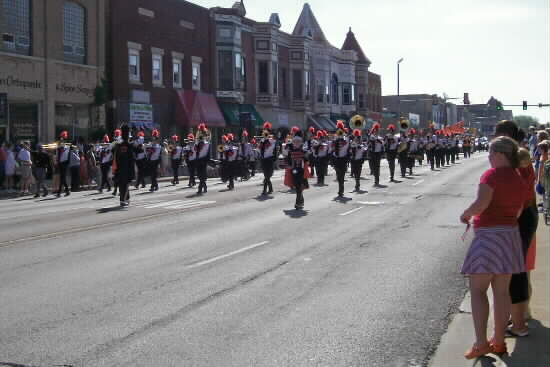 The Harley logo is black and orange, as are the uniforms of the DeKalb High School, shown here, and Combined Middle School marching bands. 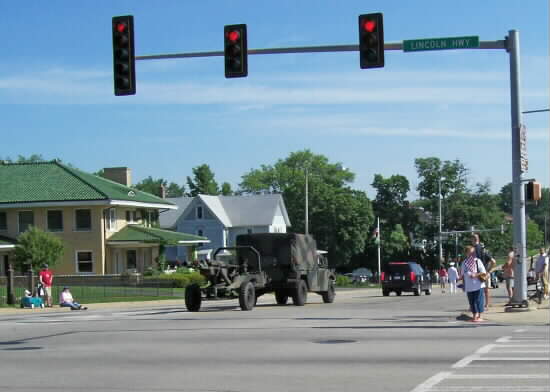 This artillery truck recalled images from the drive into Baghdad, with troopers throwing Frisbees and candy to the kids. The cannon did not fire any salutes. On some Memorial Day and Independence Day observations there have been cannon shots. 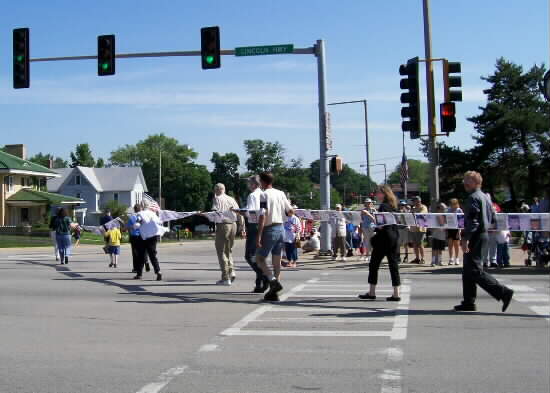 It is Memorial Day, and as of mid-May, 107 Illinois residents have been killed in Iraq and Afghanistan. A local pacifist organization collected these portraits. Such are the ambiguities of the war we're in. One wonders how tolerant the Caliphate would be of interfaith networking. 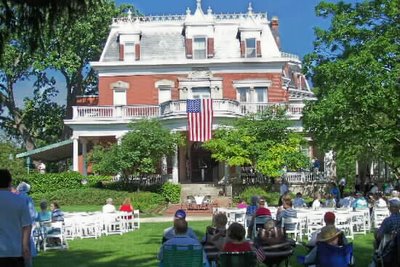 The speakers use the front porch of the Ellwood House, a mansion built by one of the barbed-wire barons that made DeKalb the basing point for fence wire until that practice ran afoul of the antitrust authorities. 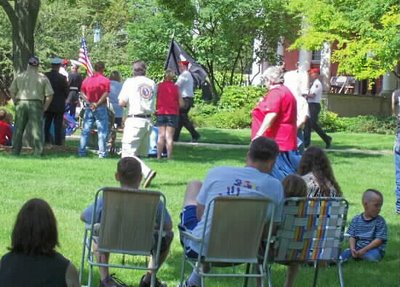 The Remembrance Table is a regular feature of the town's ceremonies. I'm not sure when this tradition began. 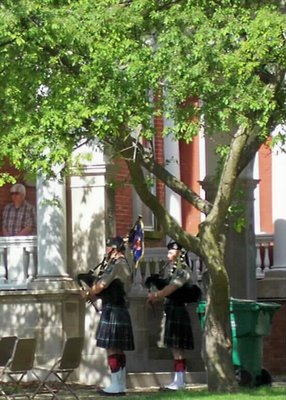 Amazing Grace at the end of the table ceremony. 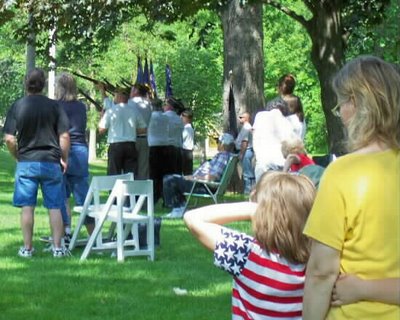 The youngsters are a bit frightened and baffled by the three volleys.
Posted by Stephen Karlson at 23:20