SEE THAT COAL SMOKE RISING 'ROUND THE BEND. A Burlington American after the 1914 reboilering. But something looks a little out of scale. 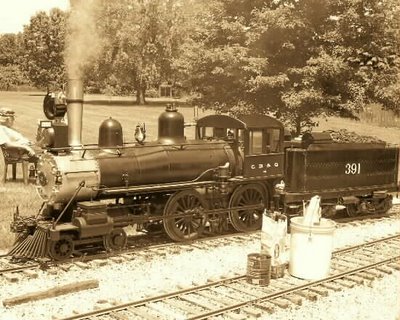 I had the opportunity to visit a quarter-sized live steam railroad featuring turn-of-the twentieth century granger road stock. First one assembles a train in the terminal yard. 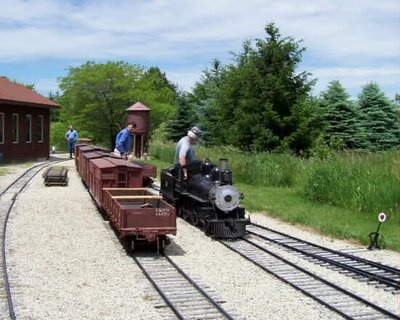 It's a little difficult to model triple valves to 1/4 actual size, so once the train is together, it's off for a ride. To stop the train, one puts the locomotive in neutral and relies on friction, or one reverses the locomotive. 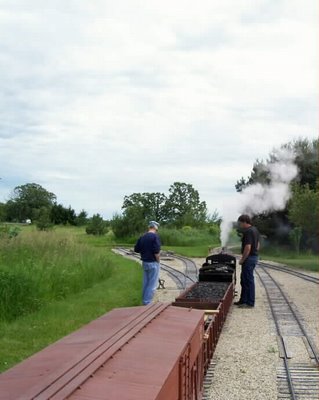 A railroad to this scale requires serious earth moving equipment to prepare the right of way. Here is the beginning of a lower yard. 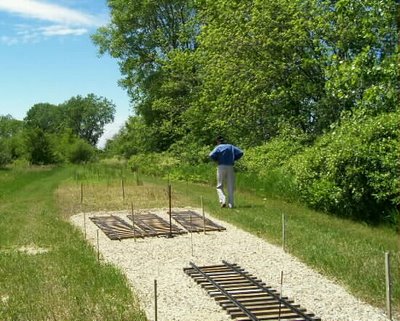 A Milwaukee Road refrigerator car. The ice bunkers and insulation are complete. To cool it, however, requires 400 pounds of ice and a great deal of patience. (That scales down about right. A meat packer would put about a ton of ice and brine into the bunkers at the beginning of the shift and let the car cool until loading began at the end of that shift.) 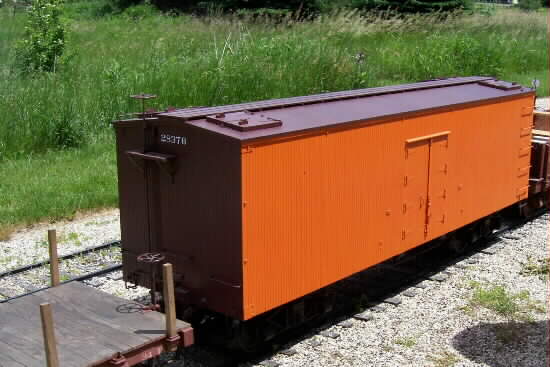 This hatch is for en-route loading of hay for livestock. The stock car is lettered B. & M. R. Lines in Nebraska. (That's the Burlington and Missouri River, the Iowa side of the Chicago Burlington and Quincy.) Federal rules on the watering and exercising of livestock in transit are relatively recent. 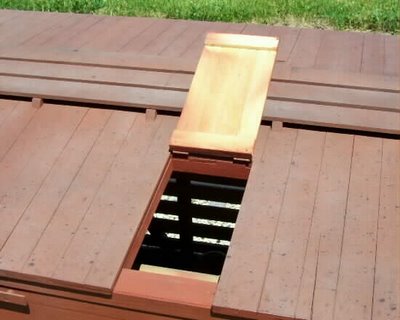 Everything is scratchbuilt. You can't walk into a hobby shop and order 14 1/8" gauge rolling stock and components, and if you could, the boxes are a bit unwieldy and the cars a bit heavy to put into a plastic bag.

The bar frame for a Burlington Mogul is taking shape. This will also have inside Stephenson motion. 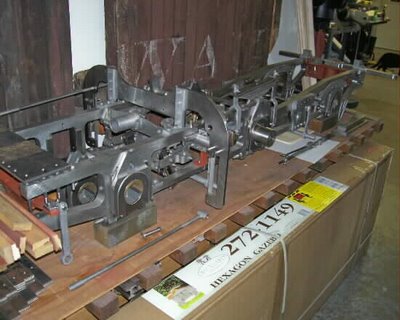 "Everything is scratchbuilt" includes the brake handles, and, once the engineering quirks can be worked out, the K-type triple valves. 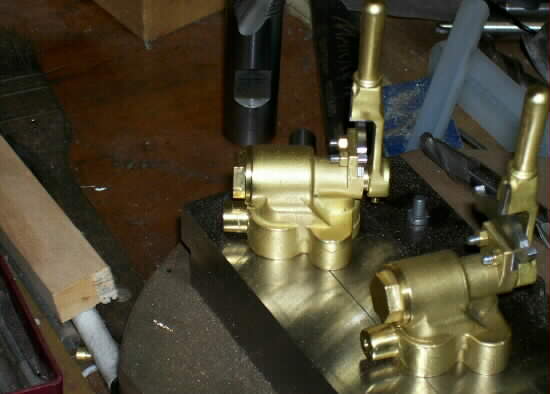 This is the beginning of a tank car (presumably not intended in those days for ethanol service.) The springs on either side of the coupler box are an early form of shock absorber. 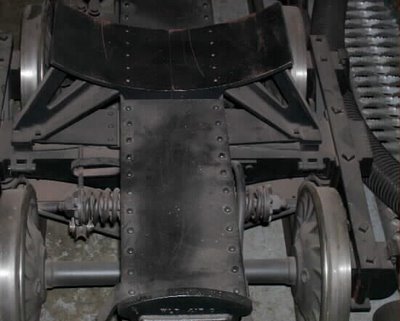 I understand that form of cushioning was later prohibited as unsafe. In too rough a coupling, those fittings could break, and the springs would shoot out to the sides, where they might nail an unwitting brakeman or a pedestrian.
Posted by Stephen Karlson at 22:25