BRINGING IN THE SHEAVES.

Today's sermon takes as its text Deut. 25:4 and Matt. 6:11. I wonder what the prophets and the apostles would make of the steam traction engine. It's a manufactured item, and like any other manufactured item, people collect them. The Northern Illinois Steam Power Club held the 50th annual Threshing Bee outside Sycamore this weekend. 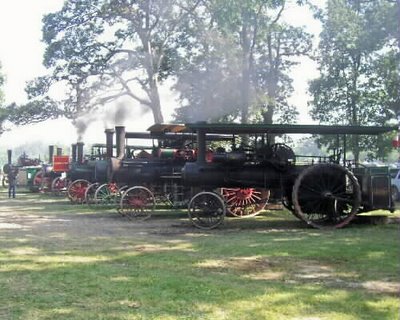 You don't just put these in your car's trunk and take them to your friend's basement for an operating session. You also have to know what you're doing restoring and operating them. The safety valve has lifted on this one. If that fitting doesn't work properly, the aftereffect is not pretty. 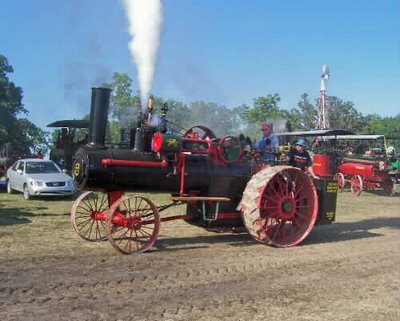 The coal smoke gets in your eyes, and in the collector's bloodstream. 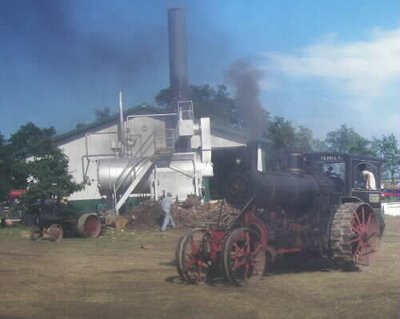 The building in the background of the preceding picture houses this stationary engine. 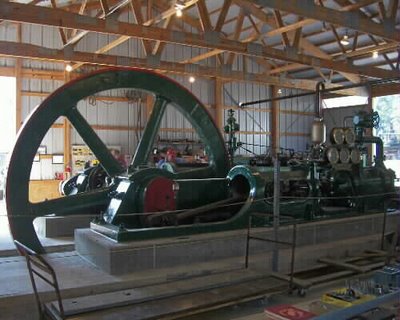 It powered the ammonia compressor for the refrigeration system at a Carrollville, Wisconsin glue factory. The working parts are quite transparent compared to high-technology equipment. The flyball governor will cut off the steam supply if the machinery turns too fast, and five gauges keep track of the steam pressure and the status of the refrigeration plant. 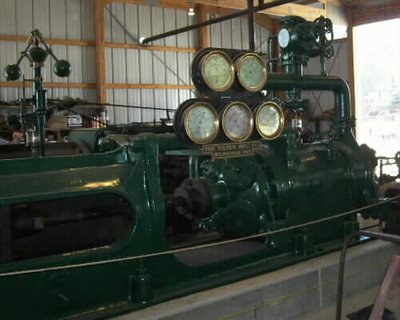 The show is a good place to shop for precision tools, although these preservationists tend to work on a somewhat grander scale than the Cold Spring Shops. 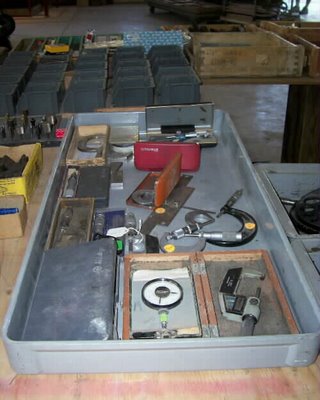 Stationary engines are quiet compared to their mobile counterparts. 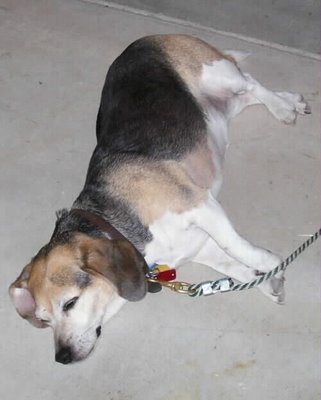 The show includes exhibits of other kinds of vintage farm implements. Before rural electrification, many farms used a one-lung portable gasoline engine, such as this Hippe-Steiner model, to power household appliances. 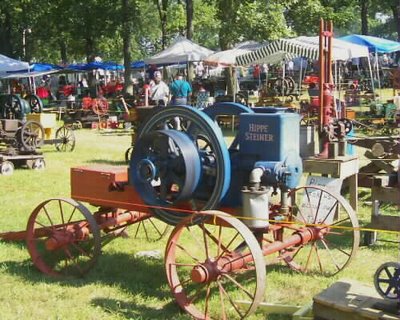 These machines conserve fuel in a simple way. Set the governor for the speed you want, fire it up, then rely on the flywheel to conserve momentum. When the speed drops off sufficiently, the governor opens the fuel supply, you hear a cough, then the engine free-wheels again. With contemporary solid state there might be a way to adapt this technology to automobile engines (those V8-6-4 engines of a few years ago come to mind, but the uneven firing cycles are a bit inelegant.)

It's a little bit easier to collect gasoline tractors than to collect steam traction equipment, although you'd still have to invest in a trailer to move it around with any dispatch.

This John Deere is at the edge of the grounds, with a cornfield across the farm-to-market road behind. But in the distance, the other side of the trees, the tract houses proliferate. I'm told the family that owns the club's grounds intends to keep the property for the threshing show, but one wonders if they'll be able to hold out against the offers, let alone the noise complaints, as the cornfields go for more tract houses. (The Illinois Railway Museum has been buying up parcels of land around its grounds against such gripes, and I'm waiting for inhabitants of the new houses west of Mukwonago to either complain about the trolley or to ask about the possibility of extending it to Milwaukee, last reached by trolley on 13 August 1939!) 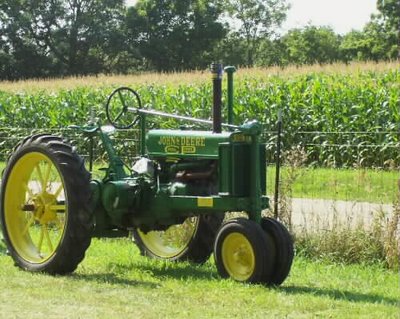 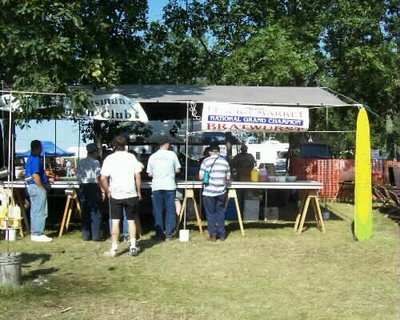 The grounds are large enough that powered transportation is available. Here is the Sycamore Talgo, better known as the Lake County Farm Heritage Association's barrel train. The tail car is painted like a Holstein cow. 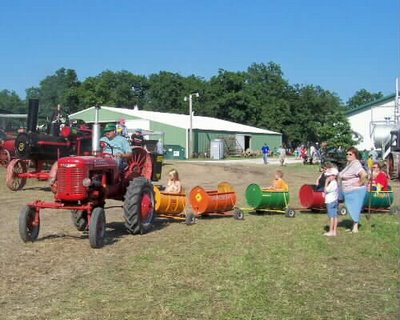 There's also a live steam railroad on the premises, with this freelanced Shay (not an easy project, particularly absent a specific prototype) on the unloading track. You don't just toss these in the pickup and head off to the neighbor's for an operating session. 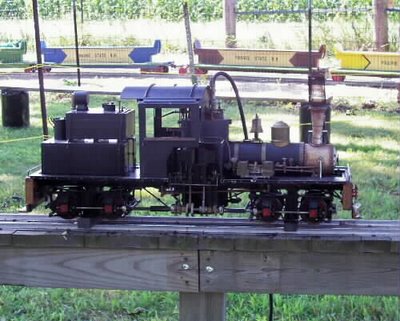 The railroad was offering rides, using diesel power and the flat cars in the background.
Posted by Stephen Karlson at 20:05