COOLING OFF FOR THE SUMMER? It sounds like Dan Drezner is in New Zealand, which can be a fun place to visit even when there isn't an America's Cup regatta in progress. 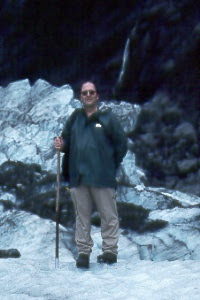 1 January 2000.
Seven years ago, I had to go south for winter (there was no snow on the ground in DeKalb when I left, just before the New Year, and none on the ground when I returned, as planned -- no Y2K hassles at all.) Summer in New Zealand, however, is an interesting proposition -- imagine a snowfall on Rib Mountain (near Wausau, Wisconsin) on the Fourth of July. Queenstown reported snow above 500 meters (do the math) early in January of that year. There's a seriously chilly lake that you wouldn't want to swim in for long there.
Posted by Stephen Karlson at 20:19