AN ESTABLISHMENT, BY GOD, AND NO APOLOGIES. This advertisement is inside the April 26, 1936 New Haven Railroad timetable (a recent acquisition as part of the research for the abuilding model railroad.) 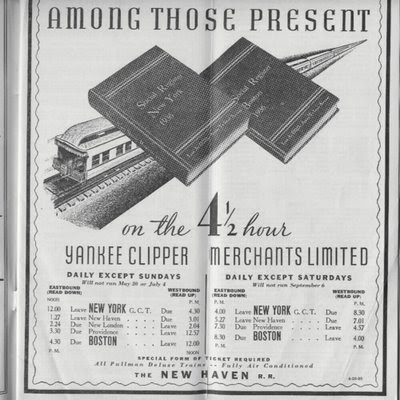 Compare with contemporary thinking about Passenger Rail, in which some of the early debates about Amtrak envisioned no sleeping car or daytime first-class service, as such would be inconsistent with equal treatment under the law, and in which the Acela Express takes stick for resembling an exclusive club on rails.
Posted by Stephen Karlson at 10:56