THE AXE STAYS IN MADISON. The Badgers are still learning how to close out a game. This week, a Gooph fumble return for a touchdown as Wisconsin was on its way to either a dagger touchdown or running out the clock kept the last seven minutes exciting. The tool crib in Minnesota's athletic office remains empty. The first goal post has been chopped down at Minnesota's TCF Bank Stadium (to their credit, it's outdoors, and for day games.) 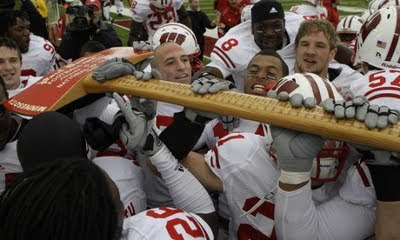 Milwaukee Journal-Sentinel photo by Mark Hoffman.
The economics faculty at Minnesota made a reputation with macro rational expectations. This rodent must not have been paying attention. 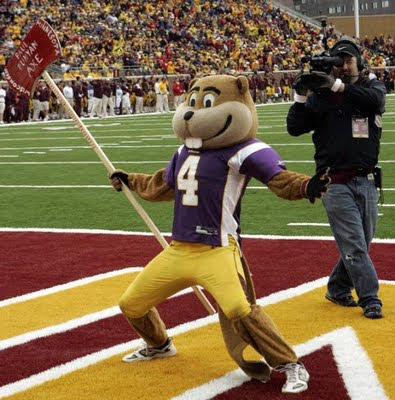 Hey, rodent, warfarin has earned the University a lot of royalty money!

That game ended, then it was the Huskies, picking up a win over Western Michigan in a fashion that might have surprised some Mid-American prognosticators, if there are such.

Posted by Stephen Karlson at 23:18