The Indian military has a new weapon against terrorism: the world's hottest chili. After conducting tests, the military has decided to use the thumb-sized "bhut jolokia," or "ghost chili," to make tear gas-like hand grenades to immobilize suspects, defense officials said Tuesday.

The bhut jolokia was accepted by Guinness World Records in 2007 as the world's spiciest chili.

With a national security question.

5. Will India ban exports of this pepper due to national security? 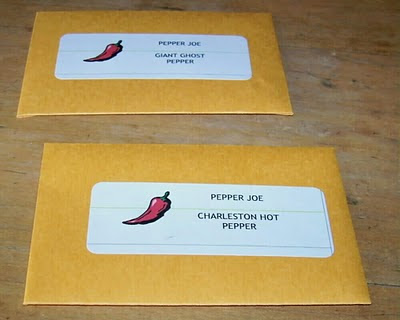 I'll sign a nonproliferation treaty, if asked.
I have plans to make my already deadly chili even deadlier. My source of jolokia seeds, as well as Charleston Hots (which are effective against nematodes, although I'm not sure that's a problem here) is a South Carolina arms dealer pepper vendor named Pepper Joe.
Posted by Stephen Karlson at 23:31