The battle for the soul of Christmas ended a long time ago, and cultural forces won. That's clear when Christmas trees fill homes and apartments in Japan, a country where 2% of the population is Christian.

As a friend put it years ago, "What's more pagan than a Christmas tree?"


In his wonderful book Christmas: A Candid History, Methodist minister and religious studies professor Bruce David Forbes explores the ways in which early Christians established Christmas by linking it to pre-existing midwinter celebrations. Many northern cultures coped with winter by looking forward to feasts and merriment marked by lights and greenery that reminded them that the darkness would end and life would begin again.

The winter solstice would be a good time to celebrate a resurrection, but there's the little detail of the Last Supper taking place at Passover, a spring ritual.


As Forbes suggests, the conversion of the Roman Empire to Christianity might have been a little rougher if it had required Romans to give up not just their gods but their parties as well. So starting in the fourth century, the first Christmas celebrations took place just before the new year.

The difficulty for those who understandably want to simplify Christmas or strip the holiday of its secular elements is that a purely spiritual Christmas has never existed. That reality has frustrated religious communities for centuries. After the Reformation, the Puritans were appalled by the excess and non-biblical practices associated with Christmas, and launched an actual war on Christmas that culminated in the English Parliament's 1652 decision to outlaw Christmas. In the American colonies, Puritan influence resulted in subdued observances. 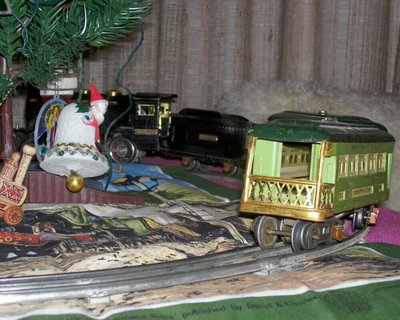 As is Joshua Lionel Cowen.

Posted by Stephen Karlson at 23:58