There's progress to report on the railroad. 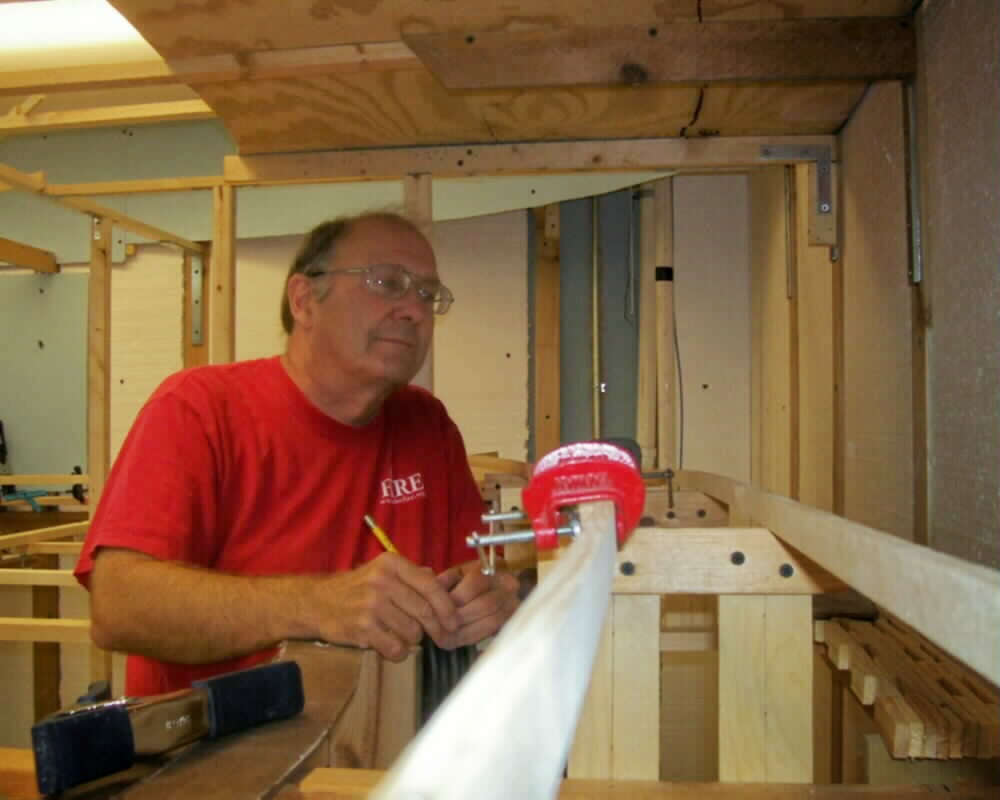 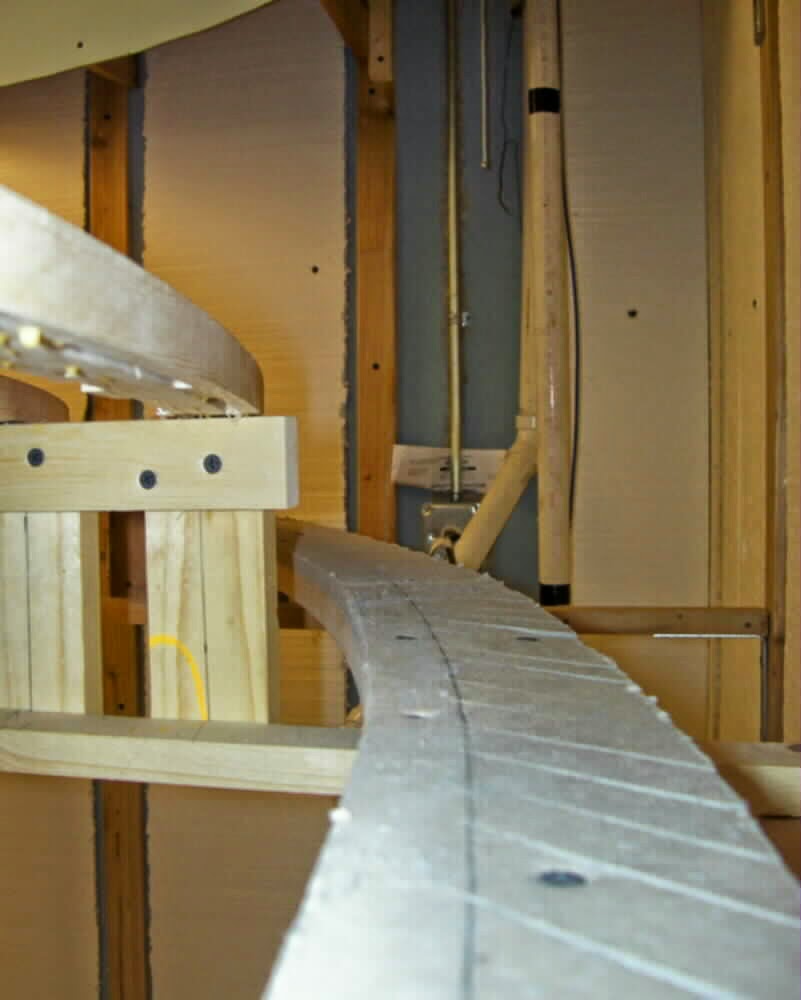 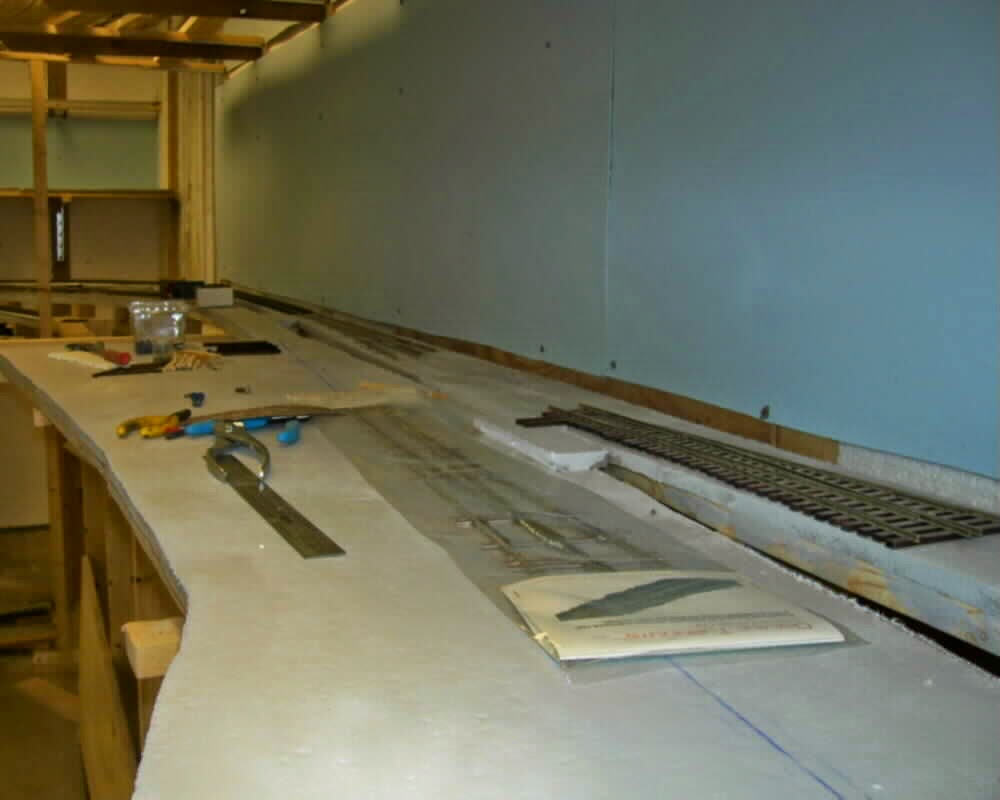 Three different modelled lines will go into staging here.  Most of the heavy track-laying at the north end of staging was completed in April. 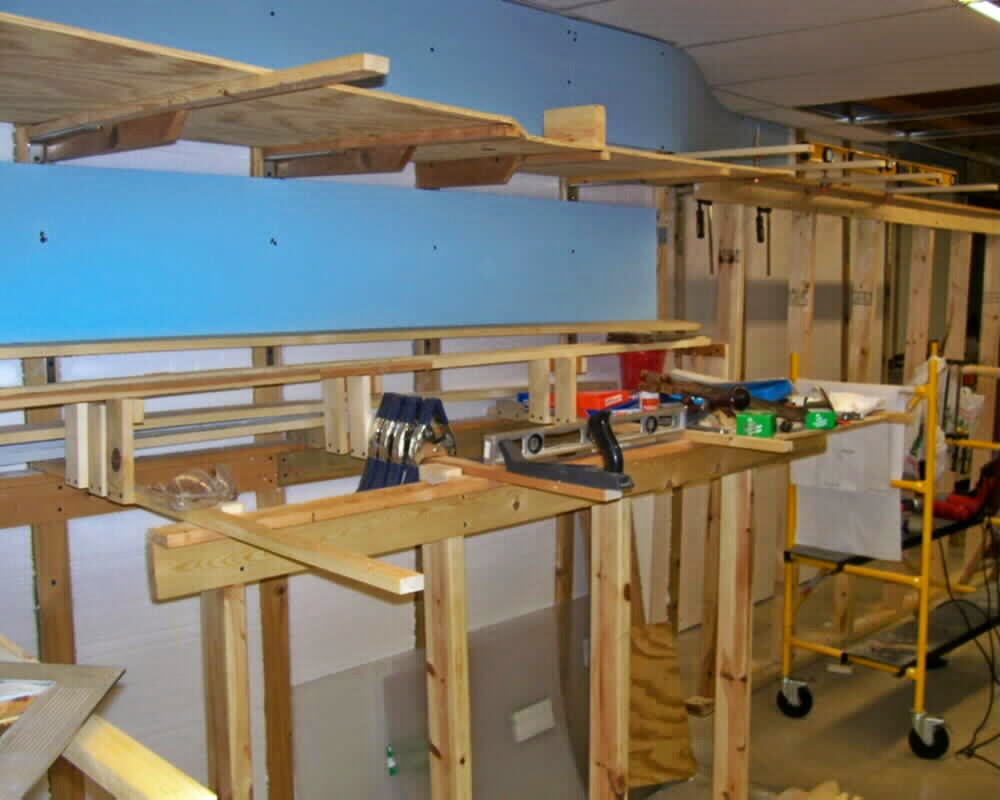 I've been installing the backdrop for the British display that occupies the upper level.  The main level, featuring New England railroading, divides along the high benchwork at right.  There will be more progress to report on come the New Year.
Posted by Stephen Karlson at 14:08