In Tom Clancy's Command Authority, the Russians get into the Baltic republics before the cavalry, in the form of tank-busting U.S. helicopters, stops the tsar's land grab.

In reality, the streets of Narva, Estonia, recently hosted some U.S. armored vehicles, let us hope, to keep and protect the tsar, far away from the former Captive Nations. 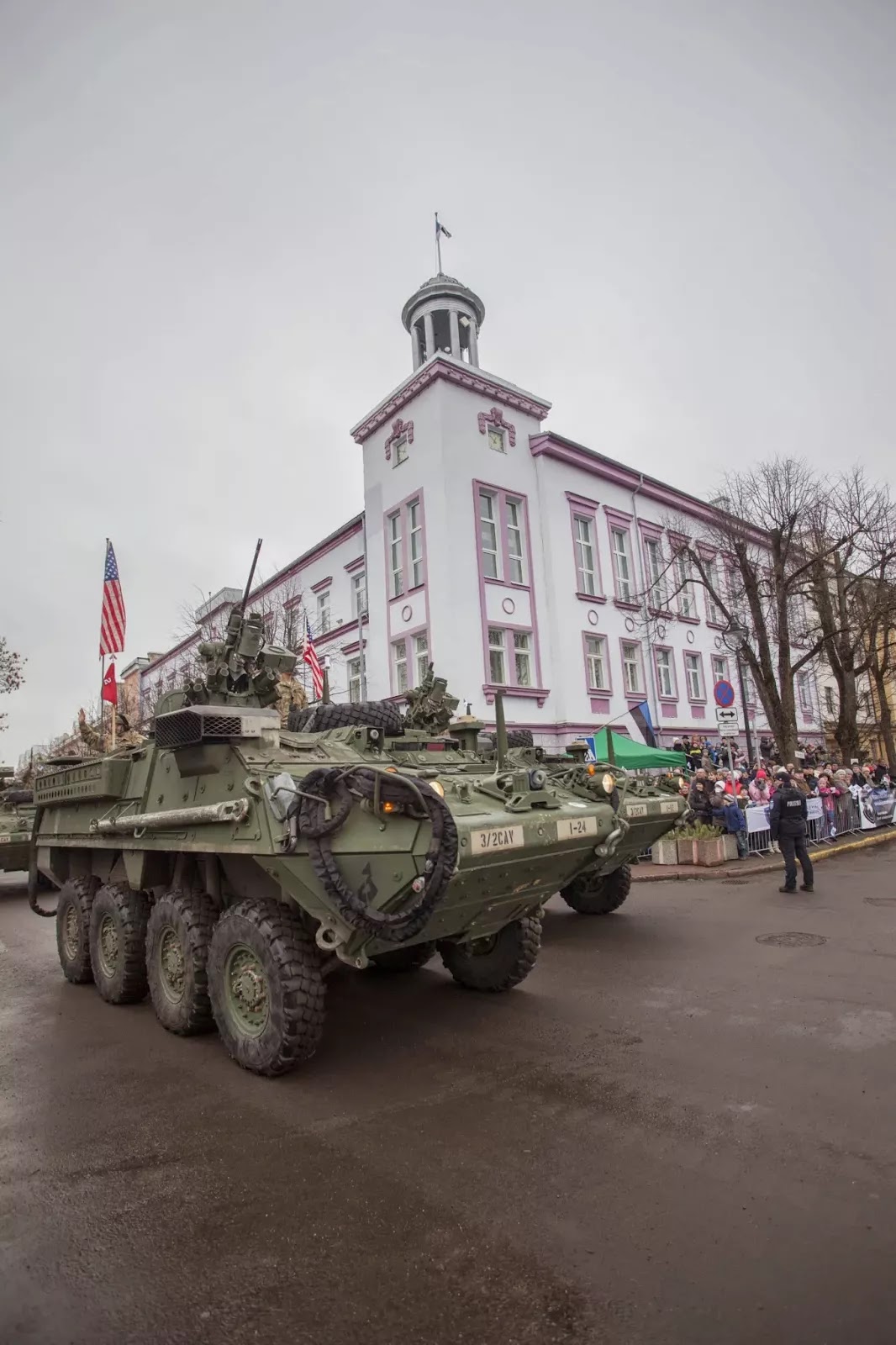 It's part of a scheduled patriotic parade.  There is a NATO rapid reaction force deployed just outside the tsar's window to the west.  So far, at least, nobody is proposing to make Kaliningrad Koenigsberg again.

On the other hand, let some Ohio arsonists torch some military property and academic administrators get the vapors.

You'd think the cadets were being deployed into hostile territory.  Oh, wait ...
Posted by Stephen Karlson at 15:16