BUY YOUR ADVISOR A TRAIN SET.

Some years ago, in the course of commending me as a useful foil for his ideas, Dean Dad teased me about the model railroad content amidst the commentary on Deeper Things.  But one of the early themes on his site was the discontent among recent Ph.D.s who had been enticed into graduate school  in the late 1980s and early 1990s with the expectation of lots of slots as the current senior faculty retired.  But many of those tenure-line retirees were replaced with contingent appointments, and, years, later, the Baby Boomer faculty are still hanging on.  So many, apparently, that when one decides to call it a career at a normal age, it's newsworthy.


Having worked 35 years at the University of Iowa, Betsy Altmaier was absolutely "ready for a new environment" on May 15, her last day as a professor.

With changes on the horizon in her field and college, Altmaier decided 2015 was as good a year as any to stop collecting a paycheck for her position in the Psychological and Quantitative Foundations Department. At age 63, however, she knows her decision to pursue a traditional retirement has become rather unusual among tenured professors.

There are a variety of reasons, including continued enthusiasm for projects and the absence, because it's age discrimination, of mandatory retirement.  But in the presence of stingy administrators, the consequence might be a serious case of institutional collapse in future.


Altmaier said the unwillingness of some of her peers to exit the stage more quickly and gracefully has disrupted what "used to be a healthy rhythm" of experience and change in the the academic world.

"I feel that we need to leave," Altmaier said. "It used to be that faculty left at 65, and you could count on that. ... I simply cannot believe that having a department (or a university) that is too top heavy with people over 65 is a good thing."

Although it's true that intellectually curious people can chip away at the frontier at any age, the day-to-day responsibilities for curriculum and administrivia and internal politicking mean it's the new PhDs who ought to be turned loose at the frontier and encouraged to push it back in a meaningful way ... and that's why there's a tenure track.

But getting off the tenure track only makes sense if you are able to switch to some other track.  That might be good for your health -- Craig Newmark, Emeritus, thinks so. 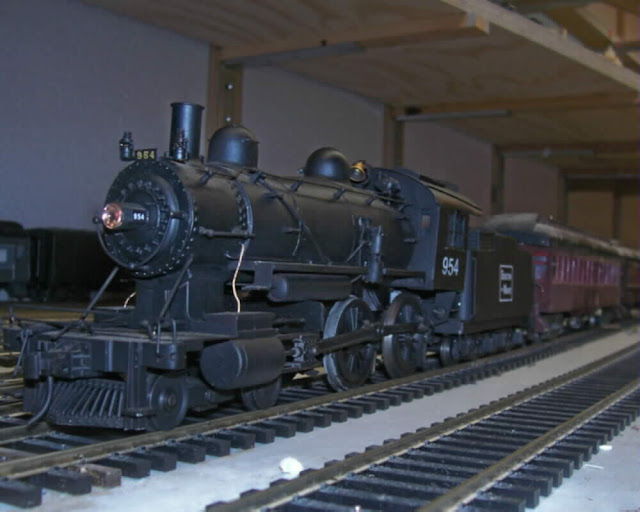 That's a throwback train for Throwback Thursday.  And with daylight at 14 hours and shrinking, look for more of this content in the next few months.
Posted by Stephen Karlson at 14:37