Victor Davis Hanson grapples with the absence (or the reversal?) of racial healing during the era of Hope and Change.  There's a lot to grapple with.  I'll stick with the political economy, in the wake of the non-stimulus economic stimulus that nonetheless placated the right rent seekers.


Overregulating and overtaxing are fine for elites, who have enough money to either pay or find ways to avoid higher taxes. They don’t care much if their power, gas, or health costs go up — at least if they are led to believe that is the proper green atonement to pay for cooling the planet, putting a bait fish back into a delta, or shutting down a coal plant.  Obama in recompense for favoring the aristocratic elite feels that by expanding food stamps, disability insurance, housing, legal, and education subsidies, etc., the lower classes will be satisfied in lieu of a high-paying job on a fracking rig, in construction, or welding on the Keystone pipeline.

Yet in such a fossilized European system, the subsidized lower classes still see little chance of getting all the stuff they see advertised on television and computers, or the opportunities of the middle classes, and don’t wish to accept that their smart phones, Kias and air conditioning make them princes compared to the wealthy of 1970. Throughout history, the absence of parity, not the lack of means, has been the criterion for revolution. I’d go further: the more affluent the consumer underclass becomes due to Chinese-made goods, inexpensive high-tech appurtenances, and federal and state largess, the angrier it become that others have even more. Looters focus on sneakers and electronic goods, not flour and vegetables. Should Obama cut taxes, lift regulations, become pro-energy and pro-growth, and reform entitlements and the tax code to expand the economy at 5-6% growth per annum, would not all sorts of new opportunities open up for African-Americans?

If 1 million illegal aliens a year were not pouring across the border, would not employers vie for labor rather than seek to import it cheaply? Instead, the Democratic Party is mostly about an elite on top that, as penance for its privilege, supports subsidies for the mass below that remains distant and out of sight and mind. By that cheap fillip, I mean the Obama daughters don’t walk into the inner city any more than Chelsea Clinton lives in Jamaica Queens or Barbara Boxer has a granddaughter in the Madera city schools.

History rhymes: the long hot summers that began 50 years ago followed the Civil Rights Act and the Voting Rights Act, and the Great Society and Model Cities that came after might have been offered as palliatives, for all the good that did.  Meanwhile The Best and The Brightest gave us Vietnam, and the Selective Service System meant the gentry got student deferments, and lower-middle class men from the inner city and the industrial banlieues got called up.  This time around, it's a volunteer military that has to be more careful with soldiers' lives, and yet the gentry gets a different kind of deferment.


African-American elites envision the urban underclass the same way that some La Raza third-generation Latinos view impoverished illegal immigrants from Oaxaca. Social disparities among the poor become arguments for affirmative-action leverage for elites, as if Barack Obama getting into Harvard Law or Lisa Jackson serving as EPA administrator will lower the crime rate in Baltimore or help change attitudes about illegitimacy in Oakland. Until we confess class is a greater barometer of privilege than race, I see no solution to the escalating tensions. How odd that upscale, one-percent African-Americans at NPR, the New York Times, and MSNBC monotonously blast white privilege, as if their own lives are always far more hurtful than those in Appalachia or rural Oklahoma.

Why is that odd? The upscale Perpetually Aggrieved, of whatever color, would rather have masses of disaffected people to keep disaffected and keep voting Democrat. 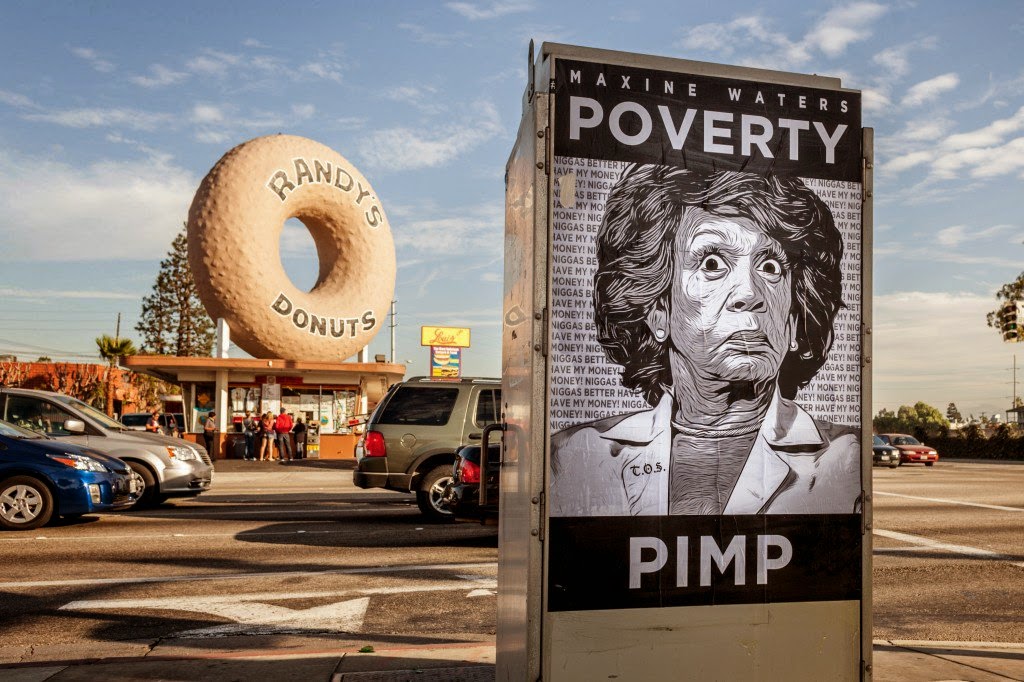 That's how ward-heeler politicians roll, dear reader.  But I have yet to hear a clear Libertarian or Republican voice suggesting that there is a better way, systematic or institutional or lingering racism or not.  Mr Hanson points out that many underemployed and working-class white folks lead lives not materially much different from those of their counterparts of color.  That's a coalition waiting to coalesce, with the right message.
Posted by Stephen Karlson at 11:42