Count on Robert D. Kaplan and Victor Davis Hanson to discover the grim, this time in the mass migration of refugees from Asia Minor into Europe.  Here's Mr Kaplan, pointing out structural flaws in the European project.


Reforming the welfare state does not mean dismantling it -- that would only cause another form of social and political upheaval. Nevertheless, structural economic reform is, at root, the solution to Europe's slow-motion dissolution. If the EU cannot generate more dynamism in the realm of economic and fiscal policy, it will continue to fracture internally, as each state looks out for its own, zero-sum interests, even as external threats multiply and Europe melts into Eurasia. Such a transformation in political geography would leave the United States as the lonely bastion of the West.  Indeed, the EU’s creation and evolution represents the ultimate fruit of the U.S.-led victory in World War II. It should not give way to the dementia of nationalist ideologies.

But political vision requires a strong economic foundation. And only a fiscally vibrant Europe can cope with the threats on its periphery. Geography matters, but human agency matters more.

And, Mr Hanson suggests, the postmodern policy myths do not survive an encounter with revealed preference.


Yet neither the Latin American nor the Islamic world analyzes why millions of their own are fleeing to cultures that are usually criticized -- other than an occasional half-hearted whine about the legacy of imperialism, colonialism and a potpourri of other historical grievances.

Nor does the deer-in-the-headlights American or European host dare to remind newcomers that its uniquely Western menu -- free-market capitalism, private property, a free press, meritocracy, consensual government, religious tolerance, equality between the sexes, and individual freedom -- draws in people, while the antitheses repel them.

The mentalities of both the Western hosts and the non-Western migrants have become predictable.

Well, when the Smart People have been deconstructing precisely the institutions that made the West rich and prevented the suckitude from which Latin Americans and Southwest Asians and North Africans are fleeing,  it's kind of hard for them to have a coherent understanding of why the direction of migration is what it is, or for them to emphasize with push-back.


Many ordinary middle-class Westerners oppose massive influxes of immigrants. These citizens do not like seeing laws rendered null and void. They fear that their schools, health facilities, legal systems and social services will be overwhelmed and left unable to effectively serve their own middle classes and poor.

The masses in the West have learned such caution from experience. The sudden appearance of huge numbers of immigrants -- when coupled with poverty, lack of language facility and little education -- for decades afterwards has impeded easy integration, assimilation and intermarriage within Western society.

As a result, a divisive, salad-bowl multicultural separatism often arises.

Given the challenges of facing strange customs, traditions and languages, guests naturally find it difficult to achieve rapid parity with hosts. It is soon forgotten in the first generation that being in the underclass in the West was once thought better than the alternative back home. That paradox is soon forgotten by the often disgruntled -- and less desperate -- children of migrants.

Millions of immigrants to the West soon sense that their own lack of parity and sheer numbers can translate into a powerful political constituency -- all the more so if it stays angry, unassimilated and occasionally replenished by new waves of arrivals.

Western elites in politics, journalism, academia, religion and the arts snipe at their own supposedly illiberal majorities. How dare these cruel hearts question the wisdom of accepting legions of anonymous newcomers!

While, Mr Hanson goes on to argue, the Smart People don't have to live near the new arrivals and their unusual habits.

Valid though that objection is, the challenge is to deconstruct the deconstructionists without fostering a destructive native identity politics.  This is not easily done.  Imagine an internet and a 24 hour news cycle at the time of mass immigration of Middle European Catholics and push-back from an earlier uprising of native identity politics.  There were plenty of cross-burnings early in the twentieth century without social media to propagate more.  Then came the War to End All Wars and getting the new arrivals involved became A Matter of National Urgency. 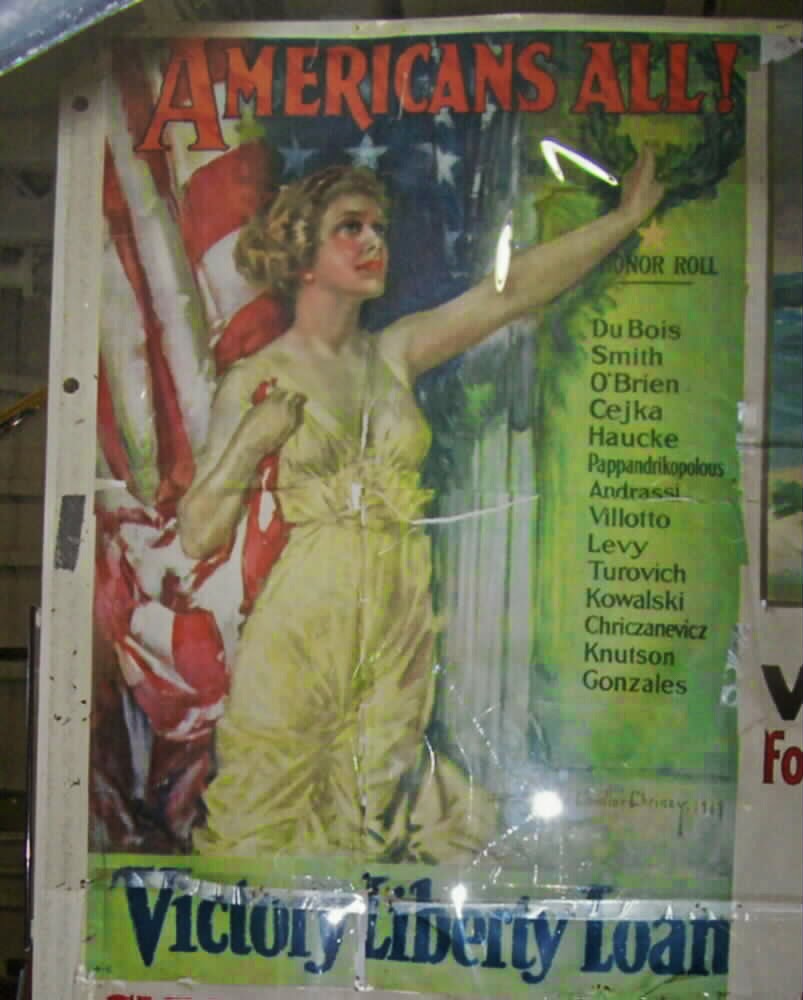 Perhaps something other than self-despising multiculturalism is in order, as that might be the more effective way to dissuade the second generation from becoming nostalgic for an old country they might never have lived in, and to encourage the third generation to buy into the institutions of the place where they live.  Which will be easier in the United States and perhaps Canada than in Europe, as the North American countries are good at assimilating that which is good from the new arrivals.  Why else the Oktoberfest observations all over the Midwest this time of year, and the Polka Fiesta?
Posted by Stephen Karlson at 15:05