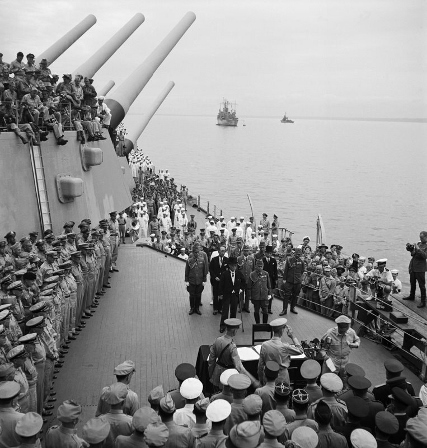 Here's Richard Fernandez of Belmont Club on why it matters.


Power means the last word on things.  It is not as if some future Republican president can reverse Obama and re-attempt a civil society in the Middle East the way America did in Europe and Japan at the end of World War 2.  Obama demonstrated the American Left can veto any attempt to resist imposing its vision upon the nation.  It has the will to throw away any victory,  however complete, to have the last say.

The mistakes of Obama’s policies are secondary to the principle that a certain point of view should prevail.

For now, no. It's above my pay grade, but I sometimes wonder if the foreign policy of the victorious powers doesn't suffer from Nagasaki syndrome, namely, imposing the last word means a victory the winners don't want to live with.  (And there was a World War II in part because of the indecisive re-set of a civil society after World War I, a re-set that gave us Weimar decadence and a carve-up of the Ottoman Empire.)  Mr Fernandez suggests that, perhaps, conditions calling for more decisive use of power are still taking shape.


Until the main issues are resolved or at any rate understood, many events will continue to unfold in the curious condition of irrelevancy.  They will be important yet strangely peripheral, in the same way that the Chinese stock exchange meltdown was a only manifestation of something larger.  Until the underlying issues are settled,  the spotlight will remain where it is while behind it, barely glimpsed in the background, great shapes move silently ready for the next act.

Note, though: fundamental transformation will be emergent, not something that can be managed or administered. Complex adaptive systems ...
Posted by Stephen Karlson at 15:19