IT'S TOUGH ENOUGH DANCING IN THE RAIN.

Then the Green Bay Packers get two early touchdowns off turnovers. 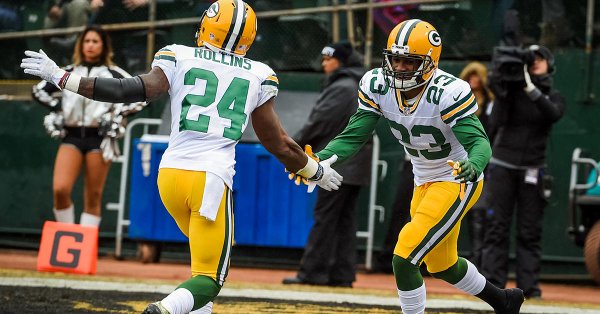 The Packers secured a position in the playoffs before the game started, and with ten wins a first-round bye is possible, with a little help, and a home game is not yet assured.  And the players understand that the big prize takes work.


“We weren’t very effective. We had less than 300 yards and had a terrible first half,” [quarterback Aaron] Rodgers said when asked for his thoughts on his and his offense’s performance in the Packers’ 30-20 win over the Raiders.

Rodgers’ coach, Mike McCarthy, had just left the postgame interview room, where he had told reporters the Packers were “right where we need to be.” When informed of his coach’s remarks, Rodgers asked exactly what McCarthy said.

“I don’t want to speak for him. I think we have 10 wins and we’re in the playoffs,” Rodgers said, trying to find a middle ground between his thoughts and his coach’s remarks.

McCarthy spoke of wanting to avoid “all the negativity.” Rodgers’ remarks demanded more from himself and his offense.

Although these Packers have been in the playoffs seven straight seasons, the standard of greatness remains six trips to the title games in eight seasons, with five titles.  In the missing two years, the Packers played in the second-place game, which Vince Lombardi characterized as hinky-dinky and the league subsequently abolished.  And some of the testiness in Packer Nation might well be those footsteps of those giants ...
Posted by Stephen Karlson at 11:11