TRULY ON THE WRONG SIDE OF HISTORY.

Some locavore posted a photograph that proposes what seems to be a good idea, at least until somebody gets the idea of cutting some trees, building some longships, and pillaging those fields. 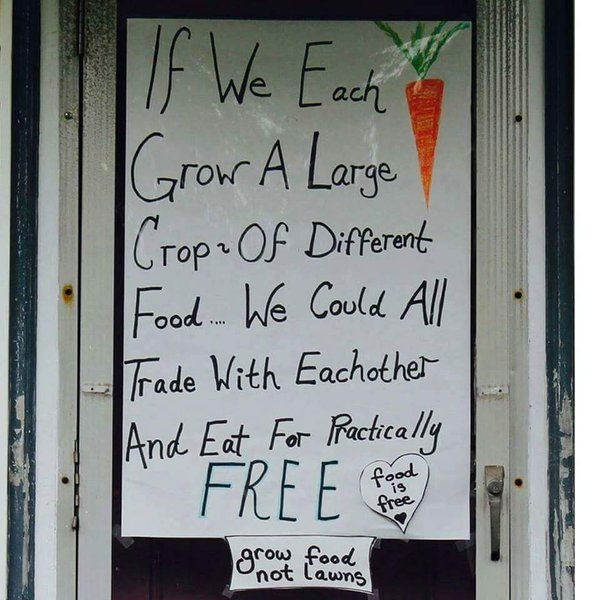 Cold Spring Shops readers all understand that specialization and division of labor are the beginning of prosperity.  But hippies, Scott Tracinski quips, must discover the principles ab initio.


If we start with the idea of people growing crops and trading with one another—as if it were some radical new idea, not the way things have worked for about 12,000 years since the invention of agriculture—and we follow it to its logical conclusion, we would end up reconstructing all of modern industrial capitalism.

So the story here is that a hippie accidentally stumbled upon the concepts of division of labor and trade and the science of economics. He came across all of it as if it were some weird new revelation that no one had ever thought of before, because clearly he has never thought about it before (and probably won’t, even now that he has stumbled across it).

Market exchange is emergent, and productive enough that hobby farmers can contemplate being productive enough to swap carrots for peppers (kale, quinoa, and mangoes will be a more difficult matter) and enjoy the privilege of being able to devote both eyes to observing the weather rather than having to keep one alert for Vikings bent on pillage.
Posted by Stephen Karlson at 12:29