THE PASSENGER EXTRA IS USEFUL.

This past weekend featured a number of events in Chicago, including Lollapalooza, the Tall Ships at Navy Pier, a home stand by the Cubs, and good weather for hitting the beaches (fortunately, no big thunderstorms overwhelming the Deep Tunnel) or for bringing the kids to the museums (the aquarium continuing to be a particular favorite of the younger set.)

I let Amtrak do the driving, went to Milwaukee on the Saturday for German Fest. 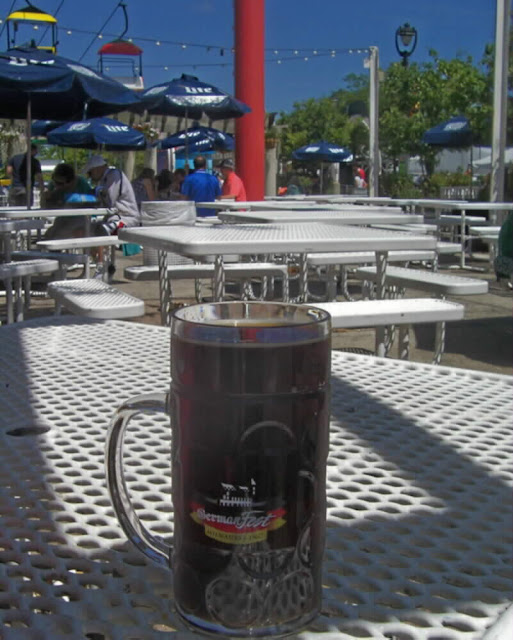 It's just past noon in Milwaukee. So what, it's after five in Hamburg or Willenberg.  Probably should have stopped at two of these.  But Amtrak and Metra were doing the driving.

At weekends, the Metra pass is good Saturday and Sunday.  Metra also sold a four-day pass for Lollapalooza enthusiasts, of which there were plenty on the trains.  (The kids are alright, from what I saw.  More on that in a subsequent post.)

There were so many people heading in on Sunday that the 10.25 ex-Elburn was effectively full at College Avenue on the east side of Wheaton.  Somebody was paying attention, as Metra had made up a relief train to turn at the Lombard crossovers (new in the past five years) to pick up the Lombard, Glen Ellyn, and inward points passengers, and my fellow riders and I had an express ride from Lombard to Oak Park. 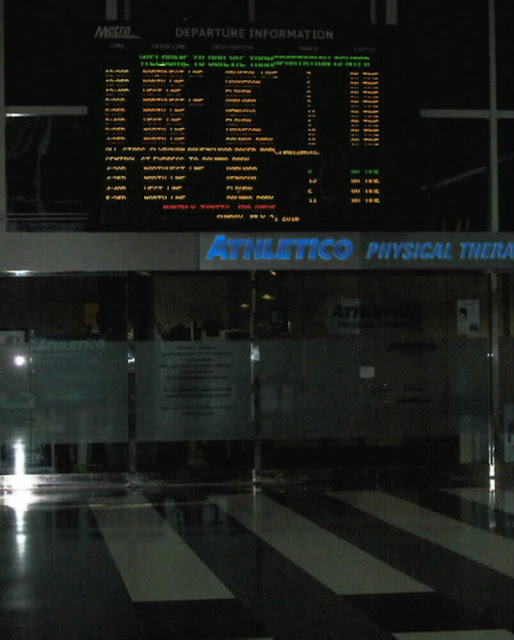 Here's the departure board at North Western Station at midday.  The Ravinia train is a regular Sunday extra during the summer.  Some late evening runs were offered, including 11.40 departures, all stops except Kedzie to La Fox on the Elburn line, and a paired train service, with the leader running express part way out the Northwest Line and the follower making all stops.  Sometimes traffic warrants a similar pairing on the Elburn line.  At Union Station, the Burlington line had an extra carded, first stop Downers Grove, with a scheduled departure time and the notification "will leave earlier if full."

It was eight car trains all day on the South Shore Line.  To conserve on collectors, the conductors loaded all South Bend passengers into the head three cars, which is all that will fit on the platform at South Bend. 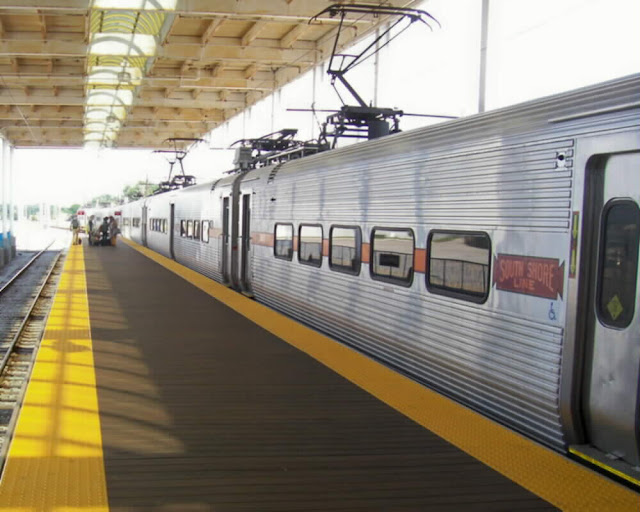 But thanks to new Federal Railroad Administration regulations that require a walking inspection of the brakes after any add or cut of cars, the entire rake of eight cars ran through to South Bend.  Some rules are foolish.  We've known how to dock and un-dock space vehicles since the mid-1960s, and adding and cutting electric multiple unit cars has been the state of the art since around 1900.  Heck, that's what "multiple unit car" is all about, and the South Shore used to do adds westbound or drops eastbound at Michigan City and Gary, with one of the trains combining at Gary comprising a local from Michigan City becoming the head end of a limited from South Bend.  Without the walking inspection, that took about a minute.  Come off it, Federal Railroad Administration.

Back to Chicago in time for a leisurely supper and an earlier train back to Elburn.  The crowds as Lollapalooza closed down turned out to be YUUUUGE.
Posted by Stephen Karlson at 20:51