IN PLACE OF FIRELESS COOKERS.

The plant switcher is an interesting, sometimes obscure part of railroading.  The fireless cooker looks like a steam locomotive, but it's a thermos bottle on rails that creates superheated steam from water by using up a charge of high-pressure steam in order to move cars around.  They're useful in places like powder mills, ammunition depots, and chemical plants where a stray spark might not be welcome.

In Germany, Wartsteiner have purchased a battery-powered critter for shunting inbound and outbound cargo at the brewery.


The 34 tonne vehicle has the capability of hauling up to 12 wagons at the brewery’s container terminal. As well as lowering noise and emissions, the use of the battery- powered vehicle instead of the previous diesel shunting locomotive will eliminate the need to have a refuelling point with its associated environmental requirements.

The 2·5 tonne battery is able to provide power for several days of operation on a three-shift basis before needing to be recharged via a cable to a 400 V mains outlet.

That's more endurance than the fireless cooker exhibited, those might be capable of going eight hours before having to take on a new charge of steam.  I like the way batteries are becoming more durable and more powerful.  It's likely that many of my model locomotives will have battery power and wireless control.

Breweries using electric locomotives for plant switching, though?  They used to be bigger in Texas. 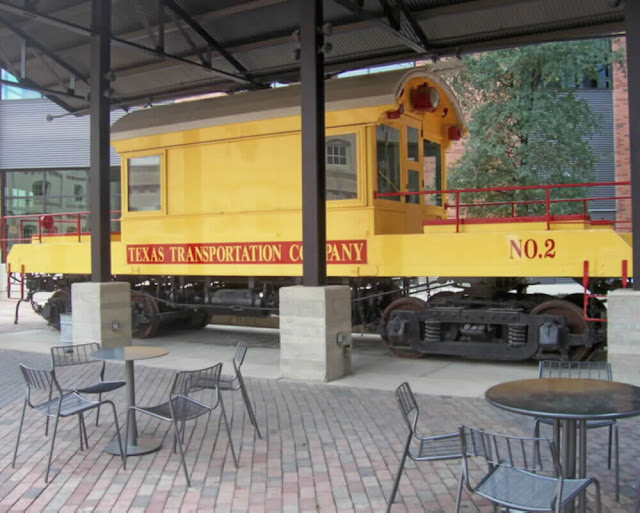 Pearl Brewery saw fit to preserve Motor No. 2 of its Texas Transportation Company in San Antonio, after they modernized the factory and turned much of the complex into an upscale shopping area along the northern extension of the river walk.

Wartsteiner's critter is a more compact unit, but perhaps not as charming as Pearl's motor.  Long may it shift cars. 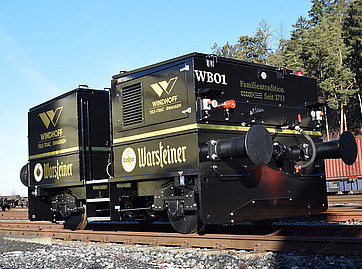