The Chicago Aurora and Elgin Railroad shut down operation at noon, 3 July 1957, when a judge voided an injunction and went to lunch.  Never mind that it was the middle of the day and many commuters had ridden into Chicago with the full expectation of a train ride home.  In those days, if the Fourth of July was a Wednesday, there would be work Tuesday and also Thursday, no extended weekends.

The shutdown now gives the Illinois Railway Museum occasion to re-enact the shutdown, with none of the dramatics of the actual closure.  For the sixtieth anniversary, the script featured a transition to the modern image. 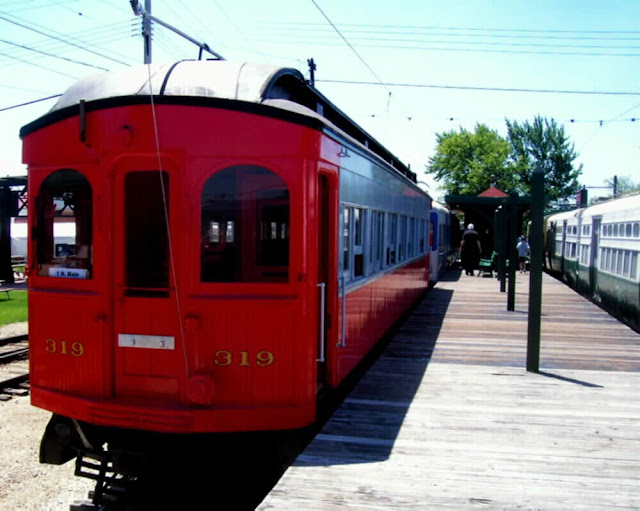 By 1957, Roarin' Elgin cars no longer shared platforms with the Chicago L.  The change of cars at Forest Park was one of the inconveniences to riders that hurt the railroad.  Here, Car 319 is re-enacting the Batavia shuttle car. 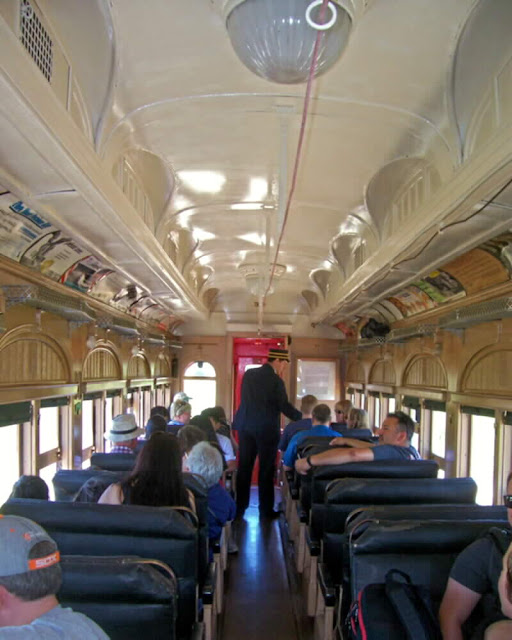 Plenty of passengers to transfer to the Elgin to Chicago car at Batavia Junction. 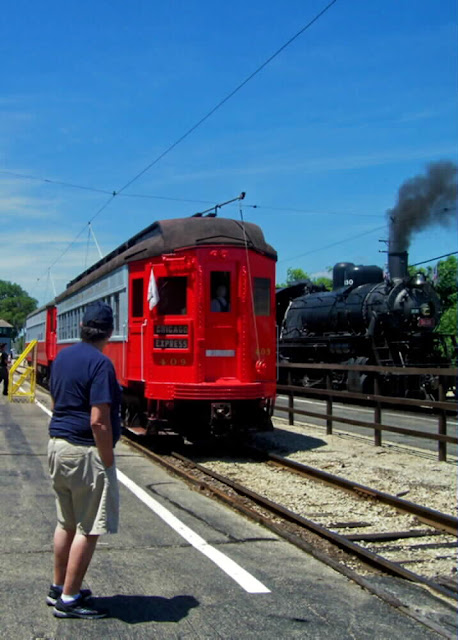 The connecting train reached Wheaton just before noon, where the passengers were set down, and the crew displayed signals as an extra to return to the car-barn.  There were still a few steam locomotives at work on the Chicago and North Western. 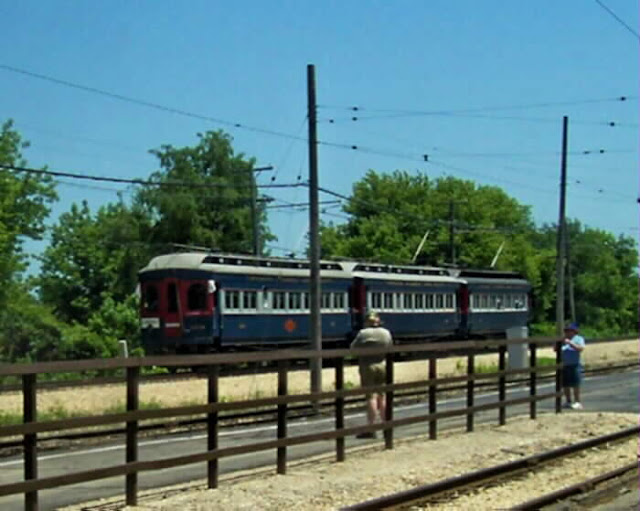 Those passengers had been set down at a rural station.  (Relax, everyone is in on the gag, and it's a more authentic railroad adventure than the train robbery you see at some preservation railroads.)

For this year's re-enactment, an honest to Ben Heineman Commuter Streamliner had been staged in a siding at the east end of the railroad, and a few minutes later, it delivered the rescued passengers. 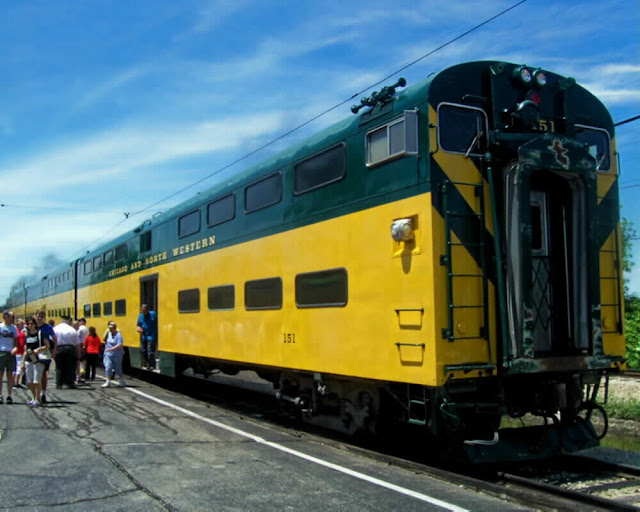 The conductor was saying "Thank you for riding the Chicago and North Western."

The afternoon service featured the Commuter Streamliner, symbolizing the transition away from the interurban. 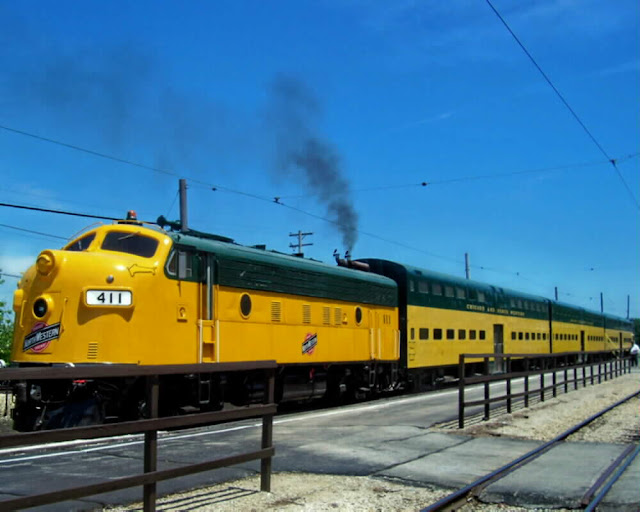 I learned that there had been plans to set up a transit authority to operate the former interurban in DuPage and Kane counties as a limited tram-line operation.  But in addition to the usual fears of overweening government from the usual suspects, there was opposition supported by the management of the Chicago and North Western, who, in those days, were still of the view that a commuter train operation could cover its above the wheels costs and make a contribution to the common and joint costs of the railroad.
Posted by Stephen Karlson at 15:05