THE ARKS OF YESTERYEAR.

Much of the passenger service on the East Troy Electric Railroad makes use of former South Shore Line cars, enough so that the South Bend Tribune notices.


In 1983, the aged orange and maroon South Shore Line cars were replaced with new sleek, silver passenger cars that still serve on the rail line. The South Shore is the nation's last remaining electric interurban. It's provided passenger service between South Bend and Chicago since 1908.

Among the arks are lengthened, but not air conditioned, coach Thirteen. 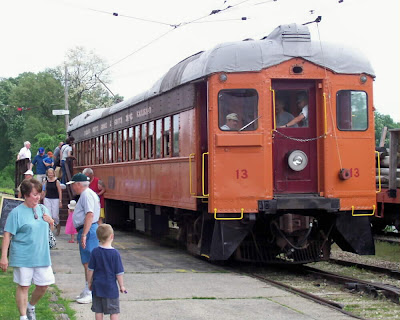 The War Production Board allocated steel to South Shore in order for the railroad to splice a center section into their existing coaches.  Fortunately, the railroad had been built with freight trains in mind, and the tight curves around the courthouse square characteristic of many Midwestern interurbans did not constrain their efforts.

In the fall apple and pumpkin season, a three car train is sometimes a possibility. 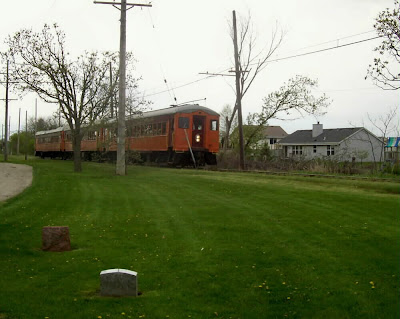 At least two of the box smoker cars, so referred to as they are original length cars, complete with the Pullman style smoking section at one end, regularly protect the service.

Car 30 has long been part of the museum formation.  For a while, it ran as car 1130, but a move toward historical accuracy prevailed. 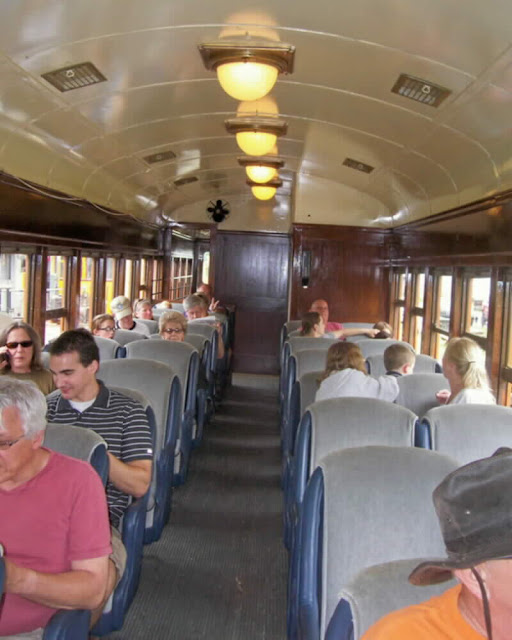 Those are relatively new, old-look seats.  The two restrooms (no unisex potty on the South Bend Limited, thank you) are in the enclosure at right rear, and the wall of the smoking compartment is at the jog in the aisle.

Thirty has recently been joined in service by a sister car, 33, which until recently was among cars held by the National Park Service for some kind of vintage trolley operation in the Dunes.  The money for the trackage never got out of Congress, and the cars went to East Troy and other preservation lines. 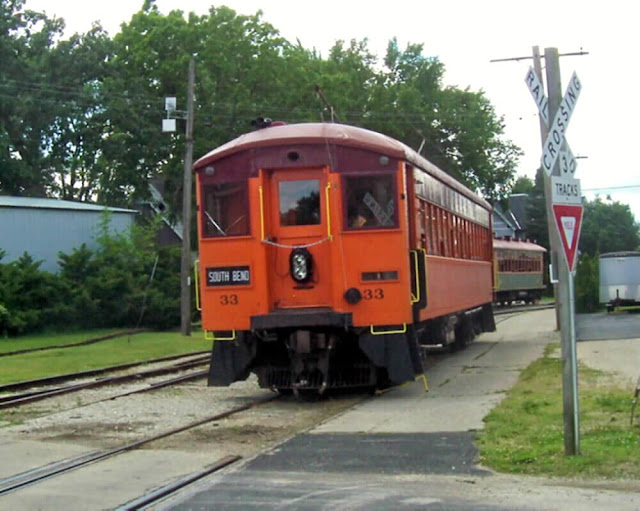 It's been fitted with replica destination signs, and the small train indicator boards you see above the car number at right.

Also among the Park Service cars is a stretched trailer car, 213, that may not yet be ready for prime time.  The dinner trains, which operate a few times each month, comprise former stretched and air conditioned coaches that have been refitted as table cars. 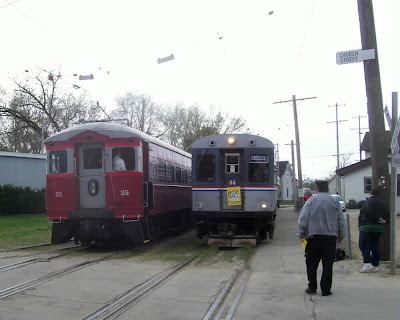 Happy riding.  Pick up your treats for the road home at the Elegant Farmer, and remember to buy your Wisconsin Lottery Power Ball Home Run tickets before you hit the Cheddar Curtain.  No Power Ball in Illinois, remember.  Alas, no electric cars to Miller Park either, that Base Ball sign notwithstanding.
Posted by Stephen Karlson at 11:59