April 1968 began with Lyndon Johnson having announced on March 31 that he would not stand for re-election.  There was a sanitation workers strike in Memphis. 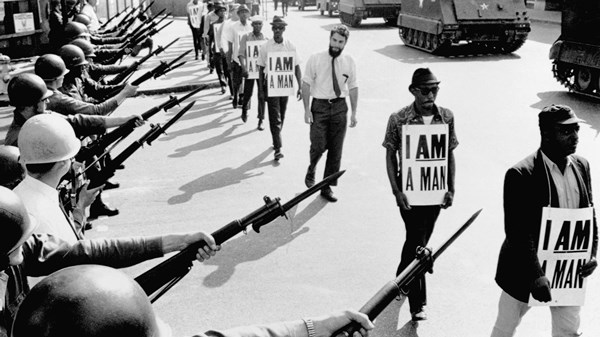 The strike offered Martin Luther King an opportunity to emphasize his more general Poor People's Campaign.  The campaign continued after Reverend King's assassination.  Two influential figures, however, had passed from the scene.  "Johnson became the nation's greatest presidential champion of racial justice since Abraham Lincoln. He forged a close working relationship with Dr. Martin Luther King Jr."  These events turned out to be only the opening acts of what proved to be a wild year.
Posted by Stephen Karlson at 16:42

Email ThisBlogThis!Share to TwitterShare to FacebookShare to Pinterest
Labels: history