Among the operable stock are refrigerated container trailer M-37, dump car D-13, and merchandise dispatch motor M-15.  We have the D-13 and M-15 as these were for many years the backup and main motive power for the Municipality of East Troy railroad; that's why M-15 has a linemans' platform and a snowplow on one end.  The M-37 served as a firefighting car at one of the Wisconsin Electric Power Company's coal-fired power plants. 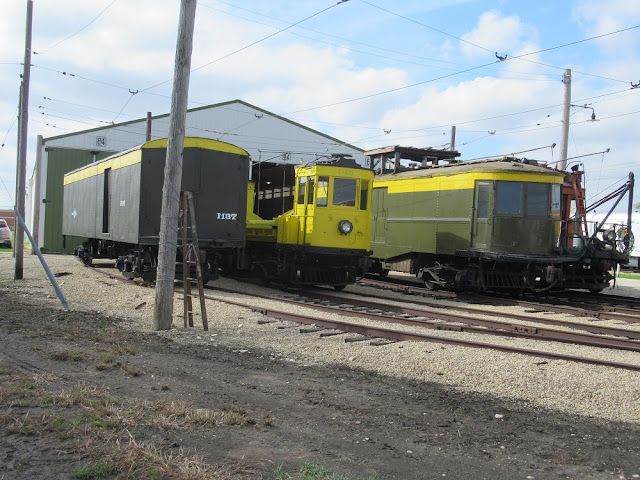 That's North Shore Line line car 604, which also has a pole-setting derrick, useful in installing the overhead power lines, at far right.  That car also got to Milwaukee on maintenance trips.

The coal fired power plants had electric switching locomotives to bring the coal from railroad interchanges and push hopper cars into the car dumpers.  The two Milwaukee motors, L-4 and L-7, both require work. 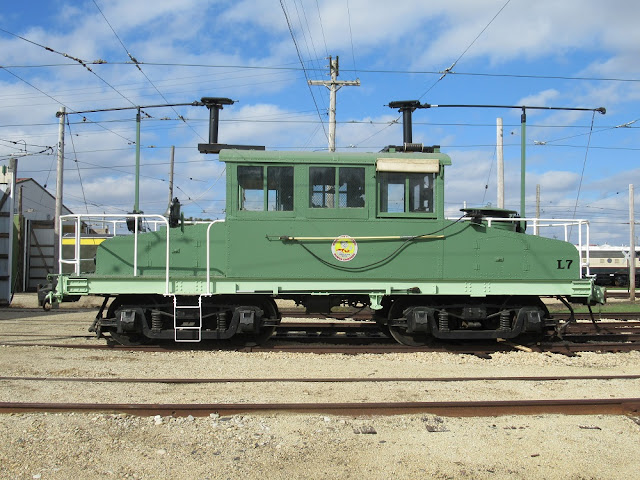 Once upon a time, Seven had a small pantograph rather than the trolley poles.  The pole and cable reel are a way of operating a locomotive at a distance from the overhead wire, you just can't go farther than the cable reel will let you.

Milwaukee's street railway replaced streetcars with trackless trolley cars.  They look like buses, but in Wisconsin, they were regulated as streetcars, which led to more than a few speeding tickets issued by traffic officers that didn't get the memo thrown out in court. 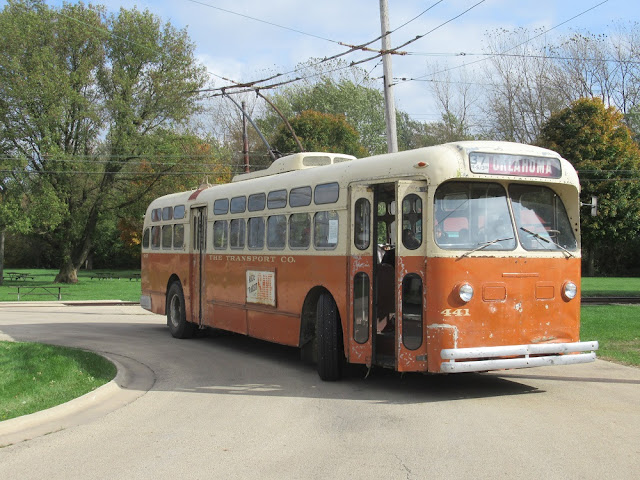 Marmon coach 441 is signed to turn back at Oklahoma Avenue, which was a turnaround on residential streets.  The turnback at Electric Park looks more like the end of the line at Wilson Park.  The interchange between The Milwaukee Road and the interurban at Powerton, for coal deliveries, was a short walk from Wilson Park. 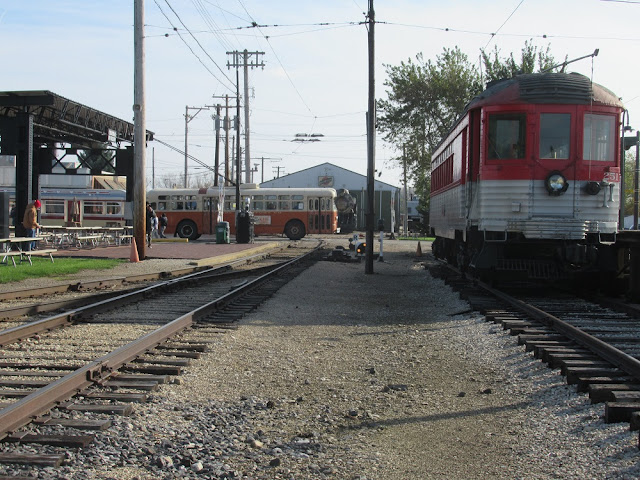 Once upon a time, it was possible to connect from a trolley coach on the Thirteen-Clybourn and Twenty-Muskego lines to The North Shore Line at Sixth and Michigan.  The North Shore would assign a combination car to selected Kenosha Locals (which continued to Waukegan.)  Use your imagination: that diner is a George Webb, and it's five burgers for five bucks if the Braves -- this is before 1963, remember -- score five runs.  (If you're paying attention, George Webb will be paying off on their "free hamburgers for twelve straight wins" this Thursday.) 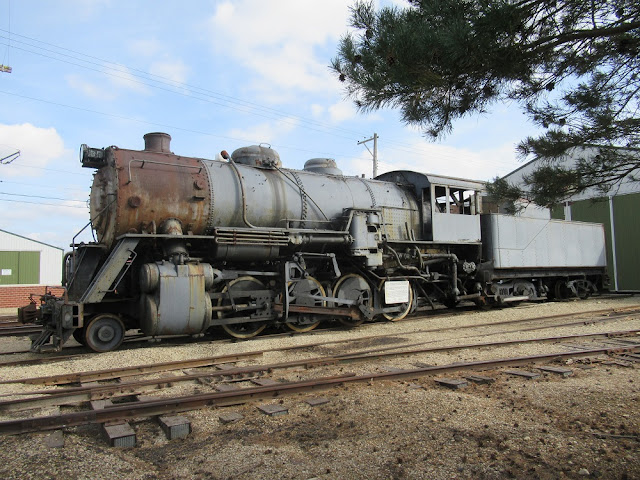 The end of the summer tourist season is an opportunity for the museum to shuffle some of the stock around so as to make working on projects easier.  Here is Lake Superior and Ishpeming 2-8-0 No. 35, outside for a few days.  She's definitely intended to move heavy loads: note the large boiler, large cylinders, small wheels, and a tender booster to use excess steam on starting.

I'm not aware of any plans to return this kettle to service: it appears, however, to be a good candidate for an angel to adopt.

Our coverage of the 2017 event is here.  Note that Seven was hauling a short coal train.
Posted by Stephen Karlson at 23:42