NO BEACH BOYS TO SING ABOUT THIS THIRD WORLD CALIFORNIA.

Two governors named Brown, and one with a first name of Gray.  No longer are you safe and warm, if you live in L.A. 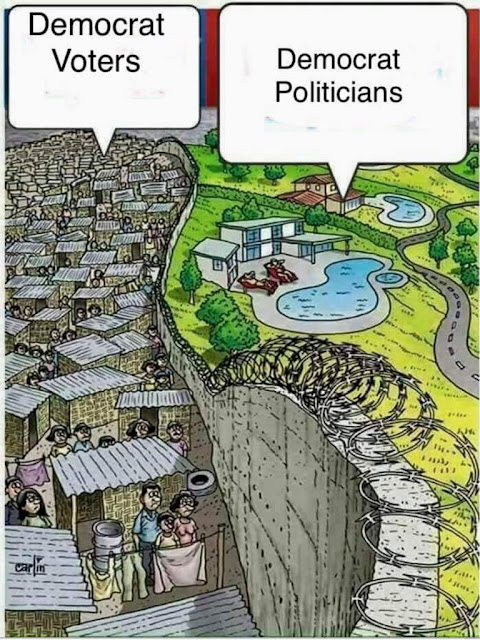 Joel Kotkin has long chronicled California's mutation from destination to dystopia; in a recent essay with Marshall Toplansky, he's unsparing.


California is creating a feudalized society characterized by the ultra-rich, a diminishing middle class and a large, rising segment of the population that is in or near poverty.Overall our state state now suffers one of the highest GINI rates — the ratio between the wealthiest and the poorest—among the states, and the inequality is growing faster than in almost any state outside the Northeast, notes liberal economist James Galbraith. The state’s level of inequality now is higher than that of Mexico, and closer to that of Central American banana republics like Guatemala and Honduras than it is to developed states like Canada and Norway.

California, adjusted for costs, has the overall highest poverty rate in the country, according to the United States Census Bureau. A recent United Way study showed that close to one in three of the state’s families are barely able to pay their bills. Overall, 8 million Californians live in poverty, including 2 million children, a number that according to a recent report, has risen since the Great Recession, despite the boom.

California’s poverty, and the loss of a middle class, is most profoundly felt in the interior counties.

It's been a long time coming, and the unthinking boutique multiculturalism that gives deviancy a pass, if it is poor or ethnic enough, doesn't help.  That might be moot, as Messrs. Kotkin and Toplansky argue that the usual nostrums from the usual politicians, are inadequate.


In this dispiriting election year, no prominent California politician, left or right, has addressed seriously the collapse of the state’s dream of upwardly [c.q.] mobility. A problem this complex can’t be addressed by the party bromides — lower taxes by conservatives and more subsidies by progressives . The real problems lie with policies that keep housing prices high, an education system that is a disgrace, particularly for the poor, and a business climate so over-regulated that jobs can be created either in very elite sectors or in lower-paying service professions. Even in the Bay Area in coming decades regional agencies predict only one in five new jobs will be middle income; the rest will be at the lower end.

Of course, this increasingly class-bound society could survive , as long as the economy stays on an even keel, so that the rich can pay the bulk of taxes. But this feudal California is neither economically or socially sustainable over the long term. A recent poll found that only 17 percent of Californians believe the state’s current generation is doing better than previous ones. More than 50 percent thought 18-30-year-old Californians were doing worse. Our research finds that a large percentage of Californians have virtually no discretionary money available, after taxes and reasonable living expenses are taken into consideration.

In part, California is a casualty of the end of the Cold War, or if you want to say of the securing of the Pax Americana, for reasons Michael Warren lays out.


Dan Walters, a longtime political journalist in Sacramento, will tell you it was the end of the Cold War that really brought about Democratic dominance. He points to the decline of the defense and aerospace industries, major employers in Southern California, which prompted an exodus of Republican voters—middle-class, white, and suburban—to cheaper states. Los Angeles County regularly went for the GOP in elections. It’s simple arithmetic, says Walters. When the GOP lost Los Angeles, it turned California over completely to the Democrats.

Today, the state is a liberal’s dream. It’s multicultural. It’s largely urbanized. It is socially and environmentally progressive. People here frequently boast, without a trace of smugness, that if you want to see America in 10 years, look at California.

It might not be as simple as that, as even a sun-splashed green utopia might eventually run out of other peoples' money.


Look at the housing shortage and homelessness, the decline of manufacturing and other blue-collar jobs, and the growth of a tech economy that rewards disruption over predictability, and you see why some are suspicious of the California way. Others just see potential: Without the middle classes to object, progressives think, the wealth can be redistributed to help those who need food, health care, and housing. California can be a place where social progress is achieved and immigrants are welcomed with open arms, no questions asked. It can be the picturesque center of a movement to reverse the effects of climate change and save the entire world.

Catch that Divine Passive, "the wealth can be redistributed." By whom? From whom? Good luck with that.
Posted by Stephen Karlson at 18:43