Mid-American Conference football may well be a money suck, and yet the successes come often enough that the boosters want to keep playing, even if it is on school nights.

Consider Eastern Michigan, where there is neither money for academics nor for sports.  But then there's the early-season surprise where the Hurons, er, Eagles without color (to distinguish them from the Marquette Warriors, er, Golden Eagles) kick a field goal and walk out of West Lafayette with a win. 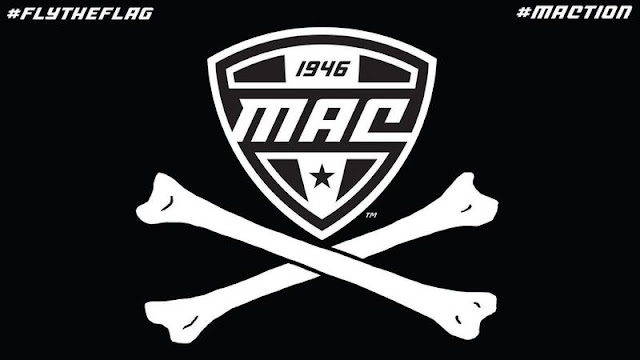 A few weeks later, it's Purdue beating Ohio State, changing the title conversation in the Big Ten's Big Two plus MSU plus the refugees from the east coast division.

Now word reaches Cold Spring Shops headquarters of the Boneyard Flag hoisted in Provo, Utah.  "The Huskies had five sacks, eight tackles for loss, and created a key turnover in the game's final two minutes to edge [Brigham young] 7-6 on Saturday. Northern Illinois won despite totaling just 204 yards on offense and averaging 3.6 yards per play."  A few weeks ago, it was Brigham Young exposing Wisconsin in Madison, however Wisconsin remained among the high-ranked teams until yesterday, when Northwestern did what it often does to Wisconsin in Evanston.

Because some forty thousand Brigham Young fans were present for the Northern Illinois victory, the Mid-American continues to satisfy the attendance requirements for continued Division I (or whatever they call it these days) status.

And when Northern Illinois, or any other Mid-American team, does better against a common opponent than a Big Ten team does, the people in Knute Rockne's backyard who want to keep offering football, even on a school night, will suggest there is enough success given the constraints so as to not abandon the enterprise.
Posted by Stephen Karlson at 14:53